A recent survey revealed that 1 out of 4 Americans sees Dogecoin as the future of cryptocurrency.
Researchers also discovered that 23 percent of investors expect Dogecoin to hit $1 in 2021.

In the last three months, Dogecoin has appreciated from $0.004 to a current price of $0.62 after years of “joke” tag. The asset has witnessed an incredible trading volume after months of Elon Musk hyping it on Twitter. It appears that a sizeable number of American investors are following Musk into Doge-mania.
To back the recent retail interest in the coin with facts, Gamblers Pick, a gaming entertainment website conducted a survey to understand the public perception of Dogecoin. Researchers relied on a sample size of 1000 individuals familiar with the crypto industry in the U.S. The survey had a confidence interval of 95 percent, with a 3 percent margin of error. 10.7 percent of the respondents were baby boomers, 22.6 percent were Gen Xers, 60.8 percent were millennials and 5.9 percent were G

Stablecoins provided corporations with the best of both worlds: a stable means of transacting fiat-based value on the…
przezShubham Pandey 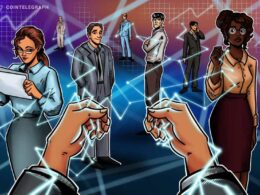 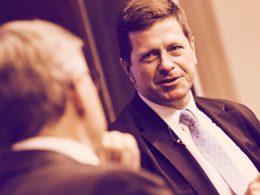 Bitcoin Still Not a Security, But Regulation Is Coming: Ex-SEC Chairman

Bitcoin is not a security—but that doesn’t mean that it won’t be regulated, former US Securities and Exchange…
przezMathew Di Salvo 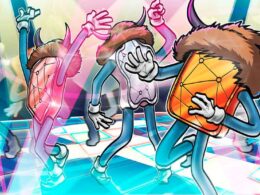 Forget all the hype over genuinely revolutionary technology and creative magic. Douchebags are here to ruin the NFT…
przezJon Rice