Simplex is a fiat-to-crypto onramp that has scored several high-profile partnerships in recent months.
Canadian payments giant Nuvei is reportedly in talks to acquire Simplex, an Israeli cryptocurrency startup, for up to $250 million – sending a strong signal that the electronic payments processing industry was pivoting towards digital currencies. The deal between Nuvei and Simplex is expected to be finalized “in the next few days,” according to BlockBeats, a Beijing-based blockchain publication. The deal could be worth between $200 million and $250 million. Neither Nuvei nor Simplex have confirmed the sale at the time of publication. By targeting Simplex, Nuvei is clearly expanding its efforts to corner the cryptocurrency market. In March, Nuvei launched support for nearly 40 cryptocurrencies, giving merchants the option of sending and receiving payments in Bitcoin (BTC), Ether (ETH) and dozens of lesser-known coin

Chip manufacuturer Nvidia has paid a $5.5 million penalty for failing to disclose the impact of crypto mining…
przezStacy Elliott 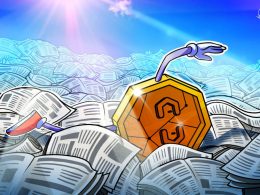 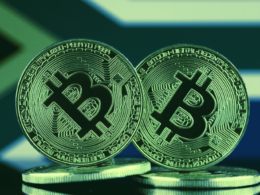 Delta Exchange is arguably one of the finest exchanges for trading Bitcoin, Ethereum, Ripple, Stellar Lumen, and other…
przezAnjali Sriniwasan