Latin America’s leading online marketplace Mercado Libre has added $7.8 million in Bitcoin to its balance sheet.
According to an SEC filing published on May 5, the purchase was executed at some point in Q1 2021; however, the exact timing of the buy—and the price at which the firm acquired Bitcoin—are not detailed.

“As part of our treasury strategy this quarter we purchased $7.8 million in bitcoin, a digital asset that we are disclosing within our indefinite-lived intangible assets,” reads the filing.
Headquartered in Buenos Aires and incorporated in the US, Mercado Libre is listed on the Nasdaq under the ticker MELI. In its earnings report, the company says its net revenues for the first quarter were $1.4 billion, a year-over-year increase of 111.4%.
Big Bitcoin buyers
By adding Bitcoin to its balance sheet, Mercado Libre joins the the ranks of MicroStrategy, Tesla, and Square, who have made headlines in recent months with their massive cryptocurrency investments.
According 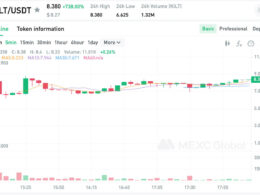 Earlier this week, KILT Protocol delivered its native KILT tokens to users that supported the protocol’s crowdloan on…
przezAndjela Radmilac 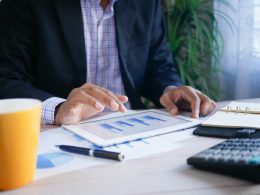 AMBCryptoIt’s 1 in 11 for Ethereum; Was last week just an anomaly

The entire cryptocurrency market witnessed a significant amount of price corrections over the past couple of weeks. Selling…
przezShubham Pandey

Not banks, not memecoins: Is crypto’s biggest hurdle a political one?

It is not a secret that cryptocurrency has been struggling to find its place in the world. The…
przezIan Kane 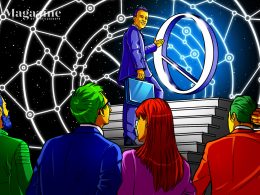