Mark Cuban: Dogecoin Will Hit $1 And Become a Stablecoin

Dogecoin was created in 2013 purely as a joke to reference the internet’s favorite Shiba Inu dog meme. But its recent price surge—up 23,000% in the past year to an all-time-high this week of 69 cents, making it the No. 4 coin by market cap—is no laughing matter.
And Mark Cuban, the Dallas Mavericks owner and billionaire investor who has talked up Dogecoin to his 8.3 million Twitter followers, thinks DOGE is headed straight for $1. Once it gets there, he thinks it’ll stay there.
“I kind of think that it might level off at $1 and become somewhat like a stablecoin, where you can use it, you can save it, it’s going to stay pegged,” Cuban said at the Ethereal Virtual Summit, powered by Decrypt, on Thursday. “Now, for a while it will go down to 60, to 70, to 80 [cents]. But over the long haul, I think it might peg itself at $1, that’s my guess. But it’s only a guess.”

Cuban bases his prediction on the fact that he thinks Dogecoin is easier to transact in, so it could behave more like a

AMBCryptoThis can spur Litecoin’s move above $190

With Bitcoin on a gaining spree above $61K, the larger market has been overshadowed by the top coin’s…
przezVaruni Trivedi 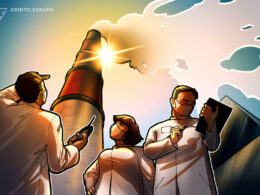 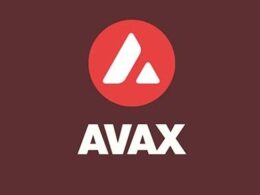 Avalanche (AVAX) turns bullish as USDC launches on the Avalanche blockchain network. Avalanche price is up 12% on…
przezNancy Lubale 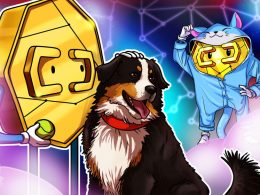