It’s finally here! Uniswap V3 mainnet launches – is it all that it promised?

A year since the launch of the V2 protocol on Uniswap, the project has once again upgraded to V3.
The new protocol comes with new features and improvements to make the project the superior DeFi project on Ethereum.

Uniswap has confirmed that V3 has successfully been deployed on the Ethereum blockchain. This becomes the most powerful protocol from the project so far. With a host of new features and improvements, the protocol is set to change the face of DeFi. The team is clear that the V2 protocol will remain active for as long as Ethereum is running, but expect to be gradually pushed out by V3 which should ultimately offer better features, liquidity and higher trading volume.

1/
🦄 We are thrilled to announce that Uniswap v3 is now live on Ethereum mainnet!https://t.co/liqYXtQoM2 has been updated to support v3.https://t.co/VeR2ueZfEk
— Uniswap Labs 🦄 (@Uniswap) May 5, 2021

Since its launch in 2018, Uniswap has been robust in DeFi and has quickly become a superior platform 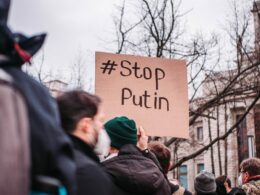 After many Russian banks were barred from the SWIFT system amid the Ukraine conflict, Moscow has been facing…
przezShraddha Sharma

The cryptocurrency was more valuable than all but seven of the world’s publicly traded companies.
przezKevin Reynolds 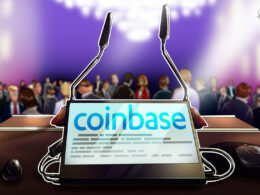 A new investigation has revealed hundreds of Coinbase customer complaints around hacking and lost funds, drawing attention to…
przezTom Farren 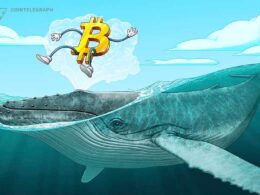 The latest BTC price jump above $65,000 has all the signs of a classic bullish breakout. Bitcoin (BTC)…
przezYashu Gola