IOTA Experience Teams celebrate its first-year anniversary today.
Some of the key achievements of the X-Teams have been shared with the IOTA community.

It has been a year since the IOTA Experience Team initiative was set up to work together with the members of the IOTA Foundation in all the stages of the project’s development. Ten IOTA X-Teams were set up and given 47 goals to achieve, some technical while others weren’t. They have so far contributed to the adoption, development, and outreach of the IOTA project. Today, some of the key achievements of the IOTA X-teams have been shared with the community for members to take a cue in their contribution to the IOTA vision.

Happy first Anniversary to the #IOTAExperience Teams!
It was a brilliant year with so many accomplishments from our #XTeam members.
We thank everybody who participated and contributed. We could not have done it without you.
Let’s celebrate together? https://t.co/FshbNBHNAW#IOTA pic.twitter.com/WHcuqleqnQ
— I 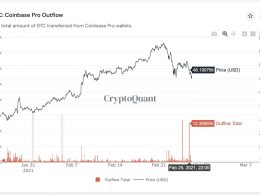 The recent price developments have not deterred institutional investors from allocating funds in bitcoin. Just the opposite, the…
przezJordan Lyanchev 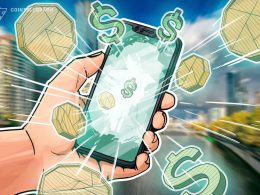 When it comes to cryptocurrency, everyone has a different opinion about it. While some people think cryptocurrency is…
przezAkashnath Sumukar 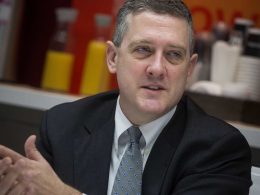 James Bullard – the President of the Federal Reserve Bank of St. Louis – advised that investors should…
przezDimitar Dzhondzhorov