Mike Novogratz, in a research report, stated that Dogecoin is “the most honest shitcoin”, calling it a “store of value” for young people wishing to express a “little bit of a middle finger to the system”.
Dogecoin’s Recent Price Action
DOGE has entered a steep and stunning climb during the past few months, going from mere pennies to over $0.65. Young people betting on the speculative and volatile crypto asset have made staggering amounts of money thanks to the recent insane rate of return.
Many theorize that this rise has been fueled by Tesla founder and business mogul Elon Musk, who often refers to Dogecoin on his infamous Twitter profile, tweeting in a (usually) positive manner. Oftentimes when an “Elon tweet” comes out regarding Dogecoin, it gives a nice little boost to the price.
Most recently, Elon Musk revealed that he would be hosting SNL, dropping a single hint: Dogefather. This enigmatic message has spurred thousands of young people worldwide to invest in DOG

Bitcoin is a tool that can be used for good and for evil. In this new interview, Dr.…
przezDr. Michael Wehrmann 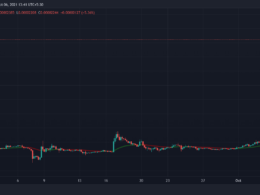 Shiba Inu jumped 35% this morning as it seemingly falls back into favor with degen trader types. The…
przezShaurya Malwa

As China races ahead with not just CBDCs, but also blockchain project pilots, all eyes are on its…
przezSahana Venugopal