According to the UK government-commissioned review into the fintech industry released on Friday, the UK should capitalize on its strong position in the space and make extra efforts to become the leading global hub for crypto-related activities.

Authored by Ron Kalifa OBE, the review pays attention to the regulatory propositions put forward by other jurisdictions, including the EU’s Markets in Crypto-Assets (MiCA) proposal. It says that the UK authorities should move quickly to preserve the county’s position.

The review asserts that the UK’s approach to the crypto assets industry should not only be as “ambitious” as MiCA’s, but also aim at developing “a bespoke regime” with more focus on innovations.

As per the review, despite the need to consider possible risks associated with crypto related activities, such a regime “should adopt a functional and technology-neutral approach.” The document specifically points to the importance of the regulatory flexibility–this means that the rules the government might adopt should consider future challenges, such as a regulatory framework for the decentralized finance (DeFi) sector.

The review referred to the consultation paper published by the UK’s HM Treasury last month, in which it explores possible regulation of stablecoins and how this class of digital assets can be used in the broader financial economy.

Stablecoins are digital assets that are usually pegged to a fiat currency like the US Dollar at a 1:1 ratio. They are designed to be less volatile than cryptocurrencies like Bitcoin.

The review points out that HM Treasury proposed a greater focus on the use of stablecoins as a means of payment. But it suggested that a broader set of crypto assets could be brought into the new regulatory framework at a later stage.

“While the proposal only initially covers some crypto assets, both the initiative and the Government’s stated objective of considering the case for a wider regime are welcome,” the document says.

The review claims that a substantial part of crypto services providers would welcome the regulatory regime, while customers are “likely to benefit” once it’s adopted. Which makes sense considering that recent research found that about 13% of the UK’s population has already invested in cryptocurrencies. 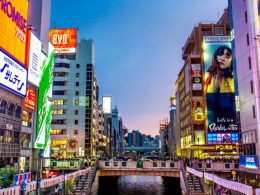 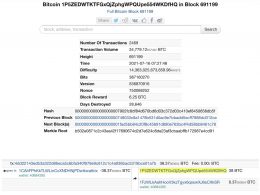 One of the more interesting wallets to look at is the third-largest BTC address. While there are many…
przezDaniel Joe

Ripple Labs, the blockchain company behind the XRP token that is currently locked in a $1.3 billion legal…
przezLiam Frost 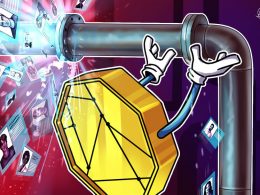 Crypto at risk after Facebook leak: Here’s how hackers can exploit data