JPMorgan report endorses 1% allocation to Bitcoin as a hedge

Bitcoin would serve as a hedge against fluctuations in traditional assets.

Strategists at Wall Street banking giant JPMorgan have suggested that a one percent portfolio allocation to Bitcoin would serve as a hedge against fluctuations in traditional asset classes such as stocks, bonds, and commodities.

A small percentage allocation was advised to mitigate the risk of any large downturns in the digital asset’s value. Bitcoin has declined 20% since its all-time high of over $58,000 on Feb. 21 but it is up 60% since the beginning of this year.

According to Bloomberg, JPM strategists Joyce Chang and Amy Ho stated in a note to clients:

“In a multi-asset portfolio, investors can likely add up to 1% of their allocation to cryptocurrencies in order to achieve any efficiency gain in the overall risk-adjusted returns of the portfolio,”

The endorsement comes on the back of major investments in Bitcoin by Paul Tudor Jones, Stan Druckenmiller, Tesla, and MicroStrategy. The report added that BNY Mellon (Bank of New York Mellon Corporation) has also announced plans to hold, transfer and issue the digital asset for its clients.

The JPMorgan analysts added that crypto assets should be treated as investment vehicles and not funding currencies such as USD or JPY. The comments appear to contradict those made earlier this month by other strategists at the investment bank who claimed that “crypto assets continue to rank as the poorest hedge for major drawdowns in equities.”

Speaking to CNBC on Feb. 17, Ark Investment Management’s Cathie Wood observed that if all corporations were to put 10% of their cash into Bitcoin, it would add $200,000 to the asset’s price.

Cryptocurrency purchases have surged in 2021, and it is not just institutions that are loading up. Trading firm Robinhood has reported that about 6 million new users bought cryptocurrencies on the platform just the first two months of this year.

The numbers have dwarfed those for the previous year indicating that the bullish momentum from the retail sector is still strong despite the recent correction. At the time of writing, BTC had retreated a further 7% over the past 24 hours to trade at $47,100. 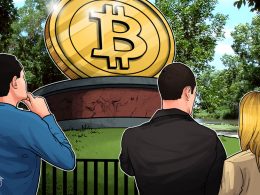 Bitcoin’s rally to $15.9K stole the limelight from DeFi tokens and decentralized exchanges but the tables could turn…
przezRay Salmond 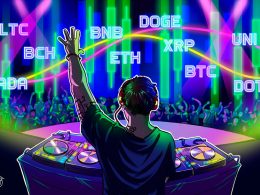 After a sharp relief rally, Bitcoin price encountered resistance near $55,000, leading to a short-term pullback in select…
przezRakesh Upadhyay

Europe’s second largest bank: Bitcoin is too volatile for us

HSBC, the second-largest bank in Europe, has dismissed Bitcoin as an asset class, claiming it’s too volatile and…
przezSteven Msoh

Bitcoin is trading more or less where it was a week ago, following another seven days of choppy…
przezGeorge Georgiev