Crypto recap: The most important details from Coinbase’s S-1 filing

Never-before-seen disclosures from a crypto unicorn. Tantalizing details ahead of a historic listing on Nasdaq. Another complex storyline amid a bullish period for bitcoin and the wider crypto space.

That’s Coinbase, the U.S.-based crypto exchange that’s on track for a major direct listing later this year. A key step in that path was taken Thursday when the firm’s S-1 filing, a draft of which was filed confidentially with the SEC in December, became public.

One might be excused for feeling a bit dizzy amid the avalanche of information coming out today about Coinbase, so let’s recap the big pieces and the major elements of the S-1.

(If you’re a Research subscriber, don’t miss the team’s in-depth exploration of Coinbase, its history, and the ins and outs of its multi-faceted business).

The Block Research team spun up a series of handy graphs using data from the S-1, including volume figures and the breakdown of Coinbase’s institutional and retail client-base.

Coinbase’s filing noted that as of the fourth quarter of 2020, it had 43 million verified users on its platform — and 2.8 million monthly transacting users. That’s up from 1 million a year prior.

Looking at the volume data, one can see the institutional footprint growing on Coinbase’s services — though more retail users have onboarded in recent months at significant rates as well.

On the revenue side, Coinbase only provided data as far back as the first quarter of 2019. Yet the available information shows steady growth from mid-2020, with a projected leap in revenues on the back of recent trading activity in Q1 of this year.

Key details from the S-1

The S-1, as might be expected, got tongues wagging about the implications of the filing’s contents. That includes speculation about the financial windfall for Coinbase insiders and investors who stand to reap significant gains, depending on the aftermath of the firm’s direct listing.

As The Block reported today, a few things in particular stuck out about the Coinbase filing.

For example, we learned about some of Coinbase’s headline-making acquisitions, including those for crypto brokerage service Tagomi and, more controversial, the intelligence firm Neutrino.

The S-1 also revealed the Wall Street big-wigs underpinning the Coinbase direct listing bid, with Goldman Sachs, Citi and others playing a key role in the unique public debut via a direct listing on Nasdaq.

Coinbase’s filing also showed the degree of regulatory scrutiny the exchange company has attracted in recent years. That includes what appears to be an ongoing investigation by the CFTC into a 2017 Ether (ETH) flash crash and subpoenas from the SEC as well as from state agencies in California and Massachusetts.

Well, for starters, one might expect the firm it make its market debut next month, according to insiders. It also seems set to trade at a price around $400, as secondary market trading has indicated.

Meanwhile, if you’re looking looking for fodder to chew the cud with before the direct listing, listen to Thursday’s episode of The Scoop podcast with The Block’s Frank Chaparro and Larry Cermak, who break down the big details of the filing and what they mean in the bigger context of the crypto market.

Crypto Mining Company Core Scientific to Go Public on Nasdaq With a $4.3B Valuation

Core Scientific, a digital asset mining firm, aims to be the next company from the crypto space in…
przezJordan Lyanchev

Uniswap broke out past the $29.3 level of resistance, while Crypto.com Coin was in a phase of consolidation.…
przezAkashnath Sumukar 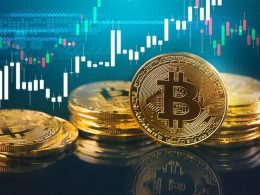 Bitcoin is on the cusp of a breakdown to $18,000 before resuming the uptrend to $20,000. On-chain metrics…
przezJohn Isige 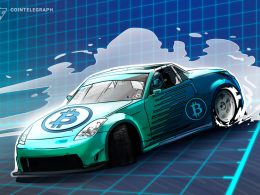