Bitcoin Rebound Fizzles Out As Retail Investors Exit the Market

It seemed like the markets were returning to the boisterous days of a week ago overnight. Bitcoin had climbed back above $50,000 and headed to $51,000. Ethereum had clawed its way back into the $1,600s and everything seemed right in the world. Then it wasn’t.

The big caps of Ethereum and Bitcoin went into free fall. Bitcoin is down 6%, Ethereum nearly 9% and all but one project in the top 20 biggest cryptocurrencies managed to avoid losses: Cardano (more on that later).

Bitcoin alone shed nearly $150 billion in its market cap in this week’s rout of the crypto markets. What gives? Well, a few things. The first, and what helped Cardano buck today’s downward trend was Dubai-based crypto fund FD7 Ventures’ announcement that it was dumping $750 million worth of Bitcoin in favour of Cardano and Polkadot.

“I think Bitcoin is actually pretty useless,” said Prakash Chand, managing director at FD7, in a statement. He added that Ethereum, Cardano, and Polkadot would eventually be more valuable than Bitcoin “within the next few years.”

But Cardano was on a tear already in 2021. In the last month it’s price has grown 264% as it gears up for the network’s next major milestone. Plus Polkadot saw losses yesterday too.

To understand the market’s broader downturn we have to look at wider trends outside of the industry for clues. The biggest hint lies in the US economy, in particular bonds.

For the past week, the yields of US Treasury bonds have been ticking up. This has had a particularly profound effect on riskier assets, like Bitcoin, crypto and even shares of listed companies like Tesla.

The reason, increasing treasury bonds are regarded by some as an indicator of rising inflation, and for others, a safe haven to park a significant slice of an investor’s portfolio.

Yesterday, benchmark 10-year treasury yields catapulted to their highest level in over a year, spooking investors holding riskier assets that trouble might be ahead.

This has led to a global sell off of stocks and shares. The markets in Europe all opened with significant sell offs while yesterday, US equities fell across the board, in particular tech stocks as investors reassessed whether their valuations are justified in a higher-yield environment.

Markets were also worried that interest rates would start to edge up, despite the Federal Reserve vowing such a move was still a long way away. In essence: uncertainty has creeped into the markets.

“We’re selling off [riskier assets] because of optimism for growth. I don’t think it’s concern as much on inflation, it’s concern that the Fed may not thread this needle,” Jason Katz of UBS told Bloomberg.

Benchmark 10-year Treasury yields catapult to the highest in more than a year at over 1.6%, raising concerns among investors across risk assets. Bloomberg TV guests weigh in pic.twitter.com/AV4FgzPnae

But in amongst this, institutional investors with a penchant for risk are entering into the market to scoop up assets at lower prices.

“I think it [the treasury yield boom] suggests real opportunities in some of the segments of the market that have been hit hardest over the last week or so,” Jay Pelosky of TPW advisory told Bloomberg in its round up of the yield rise. And so when we look at crypto, Pelosky’s words appear to be playing out.

Analytics firm CryptoQuant noticed yesterday that there is a bunch of activity suggesting whales are buying up large amounts of crypto.

Even if there are more corrections, it’s unlikely to go down below 44k.

It seems whales are heeding the advice of Baron Rothschild when he famously said in the 18th century, “Buy when there’s blood in the streets, even if the blood is your own.” 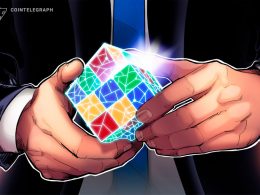 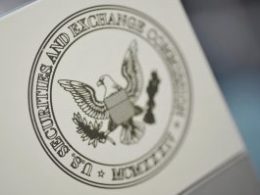 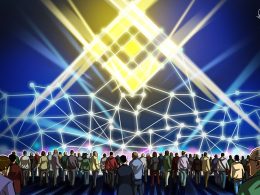 It’s not entirely clear when Terence Zeng assumed his leadership role, though the appointment appears to have been…
przezSam Bourgi