If this bull cycle is like 2017 or even 2019, then the majority of investor “FOMO” and associated price gains lie ahead.

Bitcoin (BTC) bears thinking that $58,000 was this cycle’s top will be sorely disappointed, fresh investment data from past bull markets shows.

Compiled by on-chain analytics resource Whalemap, statistics covering BTC buys of between $5 million and $7 million conclude that even at recent all-time highs, Bitcoin was far from a “macro top.”

“No FOMO in sight” for BTC

When investments of that amount hit a peak, price action began to reverse, signalling the start of consolidation or a heavier retracement.

According to Whalemap, cash injections in that area have been far from their previous peaks this year, indicating that the current correction will likely be temporary and on par with BTC’s typical corrections during a bull run.

“Previous macro tops have occurred when thousands of transactions worth 5 to 7 million dollars each were flooding the blockchain. True FOMO,” researchers tweeted on Feb. 25.

“Currently, no such FOMO in sight for BTC.”

The expectation of further buy-ins supports existing data that came to light this week, notably from Coinbase Pro, which has seen multiple tranches of over 10,000 BTC leave its books for private or custody wallets.

The first negative premium on the Grayscale Bitcoin Trust (GBTC) since early 2017 may also point to the conclusion that the 2021 bull cycle still has a lot more room to run.

“I think the major reason for this drop is the jittering macro environment like the 10-year Treasury note, not whale deposits, miner selling, and lack of institutional demand.”

The start of the turnaround maybe sooner than many think. In his latest analysis, pseudonymous cryptocurrency trader Rekt Capital eyed the 4-hour BTC/USD chart for proof of a turnaround.

“Pulls back but still holds the wick-to-wick Higher Low. Turn $46720 in to support (black) and BTC will move higher. Strong bullish divergences on the 4HR are appearing as well,” he commented alongside an annotated screenshot of the chart.

Speaking to Cointelegraph, the Whalemap team noted that short-term the spent output profit ratio (SOPR) — which tracks overall market profit and loss — was indicating that a deeper sell-off is off the cards, at least for now.

“Hourly SOPR shows potential for at least a short term bounce,” they said.

Friday further sees a major expiry event on Bitcoin options, something which has dictated temporary downward pressure on BTC in the past.

The day’s low of $44,150, some say, was merely an attempt to suck up liquidity before the next leg higher.

“Yes, market dumped after ‘mega-whales’ sold into the rally (as warned), but since then, they have been buying dips!” the creator of exchange orderbook data analysis service Material Indicators observed.

“With stonks uncertainty, I don’t know how many more dips there will be, but they’re being bought!”

That “uncertainty” is being exacerbated by concerning trends in bond yields, Cointelegraph reported this week, with behavior seen as similar to before the Global Financial Crisis of 2008. 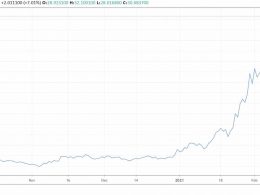 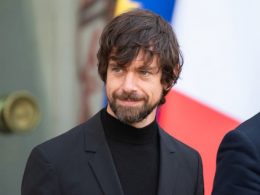 Meitu, a software tech company based in Hong Kong, has said that it recorded a loss of $17.3…
przezOluwapelumi Adejumo