75% surveyed say “No” to Bitcoin in “Money Saving Expert” poll

Martin Lewis, the self-styled “Money Saving Expert” and champion of consumer affairs for the British public, held a poll asking his followers if they own Bitcoin. So far, less than a day in, and the results show almost three-quarters answered: “No, not planning to.”

“No, but considering” forms the next most popular category, at 14%. But overall, based on this poll, it’s clear that Lewis’s followers are overwhelming anti-Bitcoin.

Lewis’s followers have misconceptions about Bitcoin and cryptocurrency

A rundown of the comments brings to light some interesting takes on what people think about Bitcoin. Bear in mind; most respondents are likely laypeople with superficial understanding and knowledge of cryptocurrency.

However, it’s still evident that, in some cases, half-truths and irrationality have shaped people’s opinion on whether Bitcoin is worth investing in.

One such example of this is a comment which links energy consumption with the destruction of civilization. They then say this is why rational governments will legislate against it to the point it becomes worthless.

“No, and there will come a point where its energy footprint will become so large it will destroy civilisation as we know it, so ultimately it will be legislated against, at least by any rational government, and thus become totally worthless.”

A common theme throughout is the belief it’s too late to invest in Bitcoin. This is probably due to the incorrect assumption that investors can only buy whole Bitcoins. One commenter, with this view, then said, having “missed the boat,” they were mining PI instead, which they expect to replicate Bitcoin’s gains.

“We don’t have Bitcoin, we missed the boat and unless you have a lot of cash available it’s difficult to get into Bitcoin now. The algorithm is far too slow. We have just started mining PI though which is anticipated to follow the same trend.”

There are currently two tokens with the PI ticker. One is PChain, a multichain system with Ethereum Virtual Machine support, ranked 672 on CoinMarketCap. The other, and more likely candidate, is Pi Network, an unranked token that allows “digital currency mining” on mobile through a free app.

Martin Lewis’s reputation as a stalwart for helping the common person is second to none. The Guardian dubbed him the most trusted man in Britain.

As for his personal opinion on Bitcoin, Lewis has not revealed whether he is for it or against it. Last month, he told his followers that Bitcoin investors need to be very careful of theft/scams.

In terms of investing in Bitcoin, he said he doesn’t like talking about investing and acknowledged its volatility.

“As to whether it’s any good – I don’t talk about investing. The thing about investing – and Bitcoin is an investment – is that prices go up and prices go down. With Bitcoin, they go up massively and they go down massively. And the reason for stressing that so much is that you can make a fortune, but you may lose a fortune.”

Lewis’s generic responses give little away in terms of his personal opinion on the matter; read into that what you will. However, the fact he held a Twitter poll shows Bitcoin is at least something on his mind.

The post 75% surveyed say “No” to Bitcoin in “Money Saving Expert” poll appeared first on CryptoSlate. 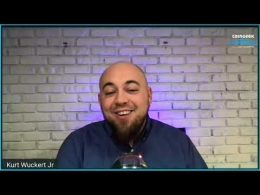 In this episode, Kurt opted to take questions from his live viewers where he answers each one candidly.…
przezClaire Celdran 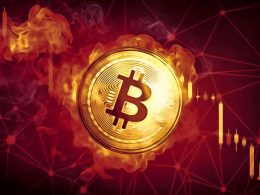 Bitcoin has recently closed the gap toward $60,000. However, a monthly high formed at $59,612 cut short the…
przezJohn Isige 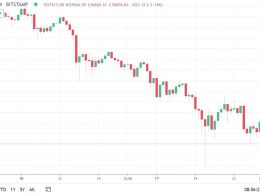 Bears continue to take their toll on the cryptocurrency market as the prices are still bleeding out. The…
przezGeorge Georgiev 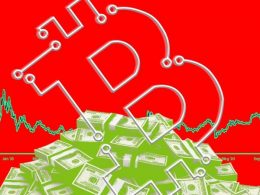