While Bitcoin has shaken up the world of finance over the last decade, there’s been a parallel revolution in the media: the rise of podcasts. According to Apple Podcasts, there are now over one million shows available, and 30 million podcast episodes; March 2020 saw more than 63,000 new shows released compared with just over 25,000 additions in September 2019.

It’s perhaps inevitable, then, that one of the major sources of news and information in the cryptocurrency space is crypto podcasts—and there are plenty to choose from. We’ve trawled through the many podcasts covering Bitcoin and other cryptocurrencies, and rounded up the best of the bunch.

The Bitcoin Podcast Network is one of the longest-running and most consistent Bitcoin-centric podcasts.

Since 2015, it’s helped to break down what many consider to be a complicated topic, bringing on guests including crypto bigwigs like Ethereum founder Vitalik Buterin and Messari’s senior research analyst Ryan Watkins to help dissect the industry and convey it in a fun, conversational style to listeners.

The podcast’s hosts, Corey and Demetrick, do an excellent job of teasing useful insights, anecdotes, and stories out of their guests, and each episode is as varied as they are long (set aside an hour or two for this one!).

With the Bitcoin Podcast Network, you can expect a little bit of everything surrounding cryptocurrency and its diverse culture.

Permit us to blow our own trumpet for a second here, but Decrypt‘s own podcast, The Decrypt Daily, is as fine a show as you could hope to listen to. Released, as the name would suggest, every weekday, it sees host Matthew Aaron (formerly of Crypto 101) pore over the day’s news, with insightful interviews featuring crypto luminaries.

But don’t just take our word for it. Our listeners call The Decrypt Daily, “a gem”, ” Informative, straight to the point”, and “exceptional.” Unlike many of the crypto shows out there, it doesn’t outstay its welcome, either. Episodes usually clock in around 20 minutes long, a far cry from the hour-plus marathons you’ll find in some crypto podcasts. “The guest interviews are concise in an almost “radio news” format which is GREAT – edited well and we appreciate the fat being trimmed,” said one listener.

If you’ve ever mined cryptocurrency, or even thought about doing so, then the HASHR8 podcast might be right up your alley.

The podcast explores topics for both newcomers and more advanced users in an accessible and entertaining way, with prominent figures in the crypto space contributing knowledge. Guests include the likes of CoinGecko’s Bobby Ong and BlockFi CEO Zac Prince.

Though much of the content centers around cryptocurrency mining and recent developments in the sector, it also delves into some of the less explored areas of the crypto space; how retail investors can grow their crypto stack; why China dominates the Bitcoin mining industry; and general investment tips and tricks.

This podcast may be one of the more tech-heavy on this list, but there’s definitely enough content in there to give even inexperienced users something to sink their teeth into.

With over half a million followers on Twitter, Anthony Pompliano is one of crypto’s big hitters—and with his show The Pomp Podcast (formerly known as Off the Chain), he’s used that influence to bag interviews with big names from the cryptocurrency space and beyond. In recent months he’s played host to the likes of Binance CEO Changpeng “CZ” Zhao, former CFTC chairman Chris Giancarlo and NBA player Spencer Dinwiddie.

Pompliano’s approach is to focus on the impact of blockchain, crypto, and the decentralized web on the financial sector—from investing and fundraising to everyone’s favorite topic, regulations. Between the quality of the guests and the host’s background in crypto investing—he’s a co-founder and partner at Morgan Creek Digital—there are some great insights to be had. A worthwhile, perspective-widening listen for even the most avid Bitcoin enthusiast.

Rising to become one of the most popular crypto podcasts since its launch in 2017, What Bitcoin Did has taken host Peter McCormack to 30 countries as he tracks down and interviews leading figures in the crypto space (though since the coronavirus pandemic kicked in, he’s been confined to the less glamorous surroundings of Bedford).

As well as interviews with the likes of the Winklevoss twins, Vitalik Buterin and Zooko Wilcox, the podcast is a good place to start for crypto neophytes, with a handy Beginner’s Guide to Bitcoin series to get you up to speed.

Laura Shin, host of Unchained, is an independent journalist and (gasp) a “nocoiner”. Unchained has been running since 2016, making it one of the more established podcasts in crypto, and it’s played host to many major names from the space. The likes of former Acting Comptroller of the Currency Brian Brooks and SEC Commissioner Hester Peirce have come on the show to share their thoughts on the regulatory environment, while investors such as Michael Saylor, Chamath Palihapitiya, Mike Novogratz and Raoul Pal discuss economic trends.

Shin also hosts a second podcast, Unconfirmed—which is somewhat more concise and targeted than its sister show. It focuses on answering the important, looming questions that each news cycle in blockchain brings.

Episodes last around 20 minutes and feature experts tackling critical topics—like what impact the Biden administration could have on the world of crypto.

Launched in October 2020, Bully Esquire is a relative newcomer on the scene—but is already off to a strong start. While the format’s a familiar one—a long-form interview podcast, with most episodes clocking in at an hour—the hook here is its host’s background as a corporate attorney. Bringing his legal expertise to the table, he covers topics such as how lawyers are responding to the evolution of crypto regulations, and the impact of crypto privacy on government policy.

While the podcast isn’t specifically focused on crypto, several episodes do touch on the decentralized web, covering topics as diverse as crypto art, tokenizing fan communities and the future of crypto.

The show, which releases multiple episodes a week, is also worth a listen for its broader coverage of the entrepreneurial space, covering topics ranging from textiles to TikTok.

Hosted by pro investor Patrick O’Shaughnessy, Invest Like the Best is tailored for those keen on learning about market trends and innovative investment strategy. While it’s more finance-heavy than many of the others on this list, there are a number of episodes that delve into blockchain and how the technology is disrupting the great flow of money, interviewing the likes of Coinbase CEO Brian Armstrong and Paxos CEO Chad Cascarilla.

If you’re in the blockchain world, and you’re hunting for useful business context and strategy, this is your jam. O’Shaugnessy is the CEO of his own asset management company and typically hosts other venture capitalists, researchers, and authors. Listen to an episode or two and try telling us you don’t feel a little smarter by the end of it.

Epicenter is an appropriate name for this podcast. It’s one of the most established in the crypto space, having been around since 2013, and it’s hosted some of the biggest names around.

The likes of Charlie Shrem, Vitalik Buterin, Gavin Andresen, and Joe Lubin share their thoughts on the evolving world of Bitcoin and crypto, in long-form interviews released every Thursday (and they are long – most episodes clock in at well over an hour, and some even run to two installments).

Nevertheless, between the thoughtful Q&As and the hosts’ own observations, each hour-plus episode feels like it’s not long enough. 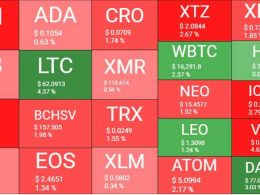 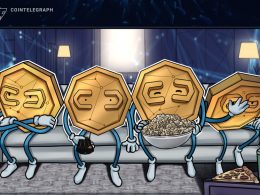 Reality show is casting crypto users locked out of their wallets 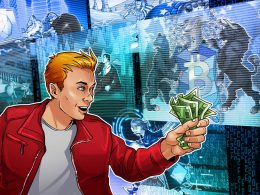 As more and more individuals will seek to create and invest in NFTs, here is what you should…
przezCarol Goforth 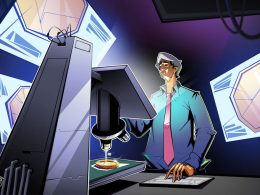 Is ShibaSwap safe? DeFi Safety review gives it a score of just 3%

There are concerns over ShibaSwap’s transparency and security. Despite the immediate success of dog-themed decentralized exchange ShibaSwap, there…
przezSamuel Haig