The STO will take place on the Luxembourg-based STOKR marketplace.

As part of the offering, Mazzanti aims to raise 999,999 euros ($1.2 million) on STOKR to develop a special edition of its hypercar model Evantra Millecavalli R.

According to a Feb. 25 announcement, Mazzanti’s STO will allow investors to purchase MZZ tokens, priced at 1 euro each. The token is issued by Mazzanti via Blockstream AMP, a platform for the tokenization of securities built on the Liquid sidechain of Bitcoin (BTC), which has been directly integrated with STOKR.

As part of the STO, MZZ investors will be able to receive a 50% revenue share in the sale of the Evantra special edition. The offering is available for select European countries, with a minimum investment of 50 euros, the announcement notes.

Mazzanti’s founder Luca Mazzanti said that the company has been considering running an STO for a while. The company initially announced its upcoming STO plans earlier in February.

In conjunction with the STO, Mazzanti also announced that the company will allow its customers to purchase all editions of the Evantra model with Bitcoin starting from Feb. 25. The move echoes Tesla’s recent move toward accepting Bitcoin payment for its electric vehicles.

Based in Luxembourg, STOKR has been listing various STOs in compliance with capital market laws of the European Union. Last year, Germany’s Federal Financial Supervisory Authority approved ParkinGO’s offering as the first cross-border STO on STOKR. 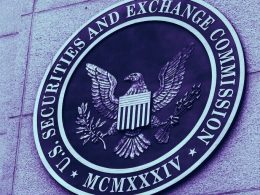 The Department of Justice in the Southern District of New York sentenced Sohrab Sharma, one of the co-founders…
przezShaurya Malwa 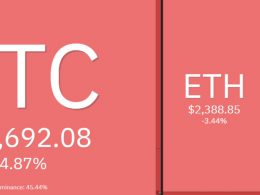 Crypto Market Cap Falls Below $1.5 Trillion on a Red Weekend

The cryptocurrency market cap fell below $1.5 trillion on a red weekend. More than $100 billion was wiped…
przezPrashant Jha 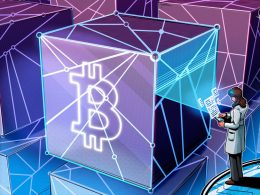 While the number of Bitcoin transactions that can fit in a block remains the same, demand on the…
przezCyrus McNally 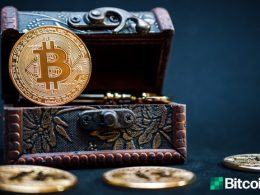 On December 23, 2020, the Canadian financial tech firm Mogo announced its plans to invest 1.5% of the…
przezJamie Redman