MicroStrategy Has $4.5 Billion in Bitcoin, But It Wants More

Even though MicroStrategy has recently invested yet another $1 billion in Bitcoin (BTC), it doesn’t plan to stop any time soon, according to the firm’s statement published yesterday.

“We will continue to pursue our strategy of acquiring bitcoin with excess cash and we may from time to time, subject to market conditions, issue debt or equity securities in capital raising transactions with the objective of using the proceeds to purchase additional bitcoin,” said Microstrategy CEO Michael Saylor.

As Decrypt reported on February 25, the business intelligence firm announced that it purchased 19,452 Bitcoin, worth $1.026 billion, at an average price of $52,765 per BTC. MicroStrategy’s Bitcoin purchase has pumped the worth of its BTC holdings to around $4.5 billion in total.

MicroStrategy first began exploring Bitcoin as an investment last summer, when the company bought $425 million worth of BTC in August and September. By the end of the year, its Bitcoin investments exceeded $1.125 billion.

Thanks to its massive Bitcoin purchases, the company has arguably helped pave the way for institutional investments in crypto, with many traditional firms subsequently announcing plans to buy Bitcoin and other cryptocurrencies for their treasuries.

Perhaps the most notable example is electric car giant Tesla, which invested $1.5 billion in Bitcoin two months after MicroStrategy—after Saylor offered to share his Bitcoin playbook with CEO Elon Musk.

Yes. I have purchased over $1.3 billion in #BTC in past months & would be happy to share my playbook with you offline – from one rocket scientist to another.

Daniel Pinto, co-president and COO of multinational investment bank JP Morgan, has recently confirmed that if Bitcoin and other cryptocurrencies become widespread, the bank will have no choice but to get involved with them.

Ripple settles its lawsuit against YouTube over scam accounts 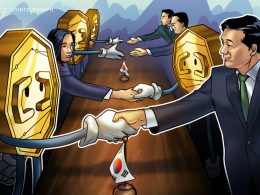 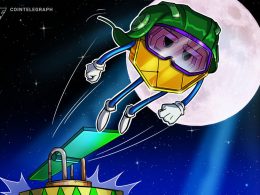 Dubbed “Go-Opera,” the latest upgrade to Fantom introduces a range of technical changes. The token of smart contract…
przezGreg Thomson