A return to proof of work mining, a blockchain built to be fork resistant, and the chance to develop in multiple programming languages. Lessons from history — and an eye to the future.

Cointelegraph is following the development of an entirely new blockchain from inception to mainnet and beyond through its series, Inside the Blockchain Developer’s Mind. In Part Four, Andrew Levine of Koinos Group discusses some of the challenges the team has faced since identifying the key issues they intend to solve.

Earlier in this series I outlined three of the “crises” that are holding back blockchain adoption; upgradeability, scalability, and governance.

In this post I will summarize the solutions we’ve developed to these problems, which we will be showcasing in the upcoming Koinos testnet planned for the second quarter of 2021.

Since that series Koinos Group has successfully launched a token, KOIN, as a proof of work mineable token on Ethereum. By using proof of work to distribute the initial token supply we were able make the token accessible to early adopters and forgo an ICO.

ICOs and similar token sale tools, while not without their use cases, have created their own crisis within the space by misaligning incentives before development even begins. The issue is not with the ICO as a tool, but what happens when a team is financially rewarded before they have even shipped a product.

While so many projects have followed in the footsteps of Bitcoin, it’s surprising how few have replicated arguably the most successful aspect of its launch; a token distribution exclusively through proof of work.

The benefit of this approach is that it ensures with algorithmic certainty that the people behind the blockchain have no advantage in acquiring the token. In short, everyone, no matter who they are, has to make a financial sacrifice in order to acquire that token and the scale of that sacrifice is determined by some neutral third party. In the case of proof of work, that neutral third party is the manufacturer of hardware.

For Koinos Group, that means we had to spend money to acquire our token just like everyone else. In fact, because we have to spend most of our time developing the product, we are even at a disadvantage relative to professional miners. So we have to keep working to add value to the protocol if we’d like to get a return on our investment.

Proof of work algorithms are not without their problems, but we mitigated those in a few ways.

Part of what makes this launch strategy work is the innovative property set of Koinos. We built Koinos totally from scratch, not around any single feature like transactions per second or sharding, but with the goal of creating a blockchain that would improve at a much more rapid rate than any other blockchain out there.

In our experience developing the Steem blockchain, the need to execute hard forks was the single biggest factor holding back progress. If we wanted to eliminate that bottleneck, we reasoned, moving as much of the system code as possible into smart contracts that could be upgraded in-band would do the trick.

That’s why the Koinos blockchain framework contains only the most basic blockchain features (called “thunks”) like contract input/input, getting parameters, and writing to the database. All of the more complex features that people are more familiar with (consensus algorithm, accounts, resource management, governance, etc.) have been moved into modular WASM smart contracts running in the virtual machine that can be upgraded without a hard fork.

Because all behaviors are now coded in distinct “modules” that can be individually “upgraded” we call this feature modular upgradeability.

As a result of modular upgradeability, any behavior can be added to the blockchain without a hard fork because individual upgrades can be distributed in blocks and transactions that are pushed to the network much like an operating system patch, but with the added benefit of an on-chain record of the entire upgrade path.

By moving nearly all of the system code of the blockchain to smart contract modules that can be upgraded without a hard fork we have made Koinos into a blockchain that derives its strength not from the features it is born with, but based on its ability to rapidly acquire new and better features faster than anything else out there.

This is why we call Koinos the first blockchain capable of evolution.

Microservice architectures have many benefits which is why this has become the industry standard for modern software development, but one major benefit is scalability because individual services can be scaled up without having to scale up the entire system. This can dramatically reduce the cost of running a network while improving both the speed and quality of improvements to that network. As a result of historical accidents, blockchain stacks appear to be the last to adopt this new standard as Koinos will be the first blockchain built on a microservice architecture.

This creates amazing new opportunities for developers who will be able to build application specific microservices for Koinos that will help them run their nodes, and their applications, more efficiently; and as a consequence deliver better user experiences. Best of all, this will make Koinos node operation more accessible, thereby improving decentralization, and enabling the network as a whole to run more efficiently so that developers and their end-users can get more out of their decentralized applications.

Another benefit of a microservice architecture is that individual microservices (basically small programs) can be written in the best (fastest, most secure, best libraries, etc.) programming language for the job, a capability we also wanted to offer for smart contract developers. But in order to take advantage of this trait we needed to develop a way for these small programs written in different languages to “talk” to one another in a way that conformed to the unique needs of a decentralized network. To solve this problem we created a cross-language serialization framework named Koinos Types.

Koinos Types is like the Rosetta Stone for blockchain data structures. It allows programs written in different languages to talk to one another in a simple and unified way by giving them access to the same objects (the “building blocks” of modern programming languages). Koinos Types allows for the interpretation of Koinos (i.e. blockchain) data structures in practically any programming language which will be extremely useful for the development of blockchain-related microservices, clients, and smart contracts.

Koinos Types solves a number of problems. It helps us add multi-language support to Koinos more generally (including for smart contracts), it enables microservices to communicate with one another, and it makes it far easier to develop and update client-libraries. While modular upgradeability and the microservices architecture alone make Koinos far more upgradeable than any other blockchain, Koinos Types takes that upgradeability to another level. That’s why we were so excited to make Koinos Types the first piece of Koinos that we open sourced.

As you can see, ensuring that Koinos can improve at a more rapid rate than any other blockchain isn’t about any one feature.

The views and opinions expressed here are solely those of the author and do not necessarily reflect the views of Cointelegraph.com. Every investment and trading move involves risk, you should conduct your own research when making a decision.

Andrew Levine is the CEO of Koinos Group, where he and the former development team behind the Steem blockchain build blockchain-based solutions that empower people to take ownership and control over their digital selves. Their foundational product is Koinos, a high-performance blockchain built on an entirely new framework architected to give developers the features they need in order to deliver the user experiences necessary to spread blockchain adoption to the masses. 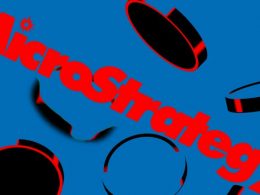 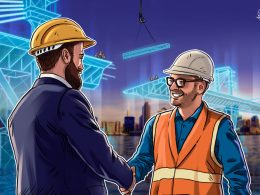 The two protocols will collaborate on a joint platform that will combine the best features of both. Decentralized…
przezAndrew Thurman 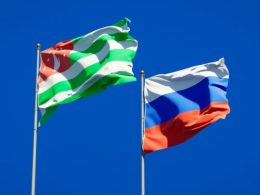 Despite anti-social sentiments, the future can be made to be predictable

There are many interesting and intriguing ways to make gains off the market. I don’t believe in the…
przezThierry Gilgen