Craig Wright Plans to Take Legal Action Against BTC Developers, Hopes to Recover Over $3B in ‘Stolen Bitcoin’

Craig Wright, the individual that claims to be Satoshi Nakamoto, seems to be planning to initiate legal action against a number of open-source blockchain developers. Wright’s legal team, Ontier LLP, has allegedly sent letters to programmers who work on blockchains like Bitcoin, Bitcoin Cash, and Bitcoinsv as well. The self-styled Bitcoin inventor’s legal action letters claim 111,000 bitcoin was stolen from his “computer network” back in February 2020.

The Australian businessman who has claimed to be Satoshi Nakamoto for years now, has announced he may be initiating legal action against open source developers. Despite the fact that many experts, the media, and the greater crypto community believe Wright’s Satoshi Nakamoto claims are false, Wright has continued to stand behind his word.

Recently, Wright’s legal team has asked a few websites like bitcoin.org to remove the white paper from the domain over ostensible copyright claims. Now reports disclose that Wright has begun his next form of legal action. Coingeek contributor, Jordan Atkins, explains that Wright had the private keys from two bitcoin addresses stolen in a hack.

Atkins and the letter from Ontier LLP, say that back in June 2020, Wright sent letters to developers who work on BTC, and other public blockchains. Wright and his legal team seem to believe that incumbent Bitcoin network developers are legally responsible to “avoid illegitimate transactions being entered onto the blockchain.”

Ontier’s letter shows two addresses and one address contains 79,957.20 BTC while the other address contains 31,000 BTC. Both addresses still have all the coins sitting idle and the corresponding BCH and BSV tokens remain intact as well. The address with the 79k BTC has never spent a satoshi since it was created ten years ago. The address with 31,000 BTC had spent 21,700 coins during the wallet’s 11-year lifespan.

Allegedly Ontier’s letters were sent in June, and the latest notice says “we have had no responses to the important matters set out in our 12 June Letter.” The legal team said it had noticed extracts of the letter were published online. Ontier’s letter is also written on behalf of a company called “Tulip Trading Ltd,” (TTL) and it claims Wright held the keys for TTL.

“Unknown hackers stole the private keys for the addresses and deleted copies of the keys on Dr Craig Wright’s computer,” the Ontier notice details. “Preventing him from accessing the digital assets at those addresses, which he operated on behalf of TTL. Accordingly, TTL is (absent steps being taken by the developers) unable to access or control digital assets that are TTL’s legal property,” the letter adds.

It continues to inform the developers the written correspondence is simply a “letter before action” and if there is no response “legal action may be taken.”

“We recommend that you seek urgent legal advice,” the letter further stresses.

Back in June, when the original letters were sent out, the publication Coingeek wrote about the alleged hack and the author claimed it would be “more complex [than the] Kleiman vs. Wright lawsuit in Florida.” Essentially, the latest round of letters asks the developers to allow Wright to regain access to the alleged stolen keys. The notices also note that the developers have “legal duties under English law” because they have “high level of power and control.”

The Ontier notice further reveals that TTL and Wright’s argument will rely on tortious and fiduciary duties. Wright is also claiming ownership over the corresponding bitcoin cash (BCH) and bitcoinsv (BSV) that are tethered to these two addresses.

What’s interesting about one of the addresses mentioned in the letter, is that it is said to have connections to the Mt Gox hack. After the news of Ontier’s letters being sent out to developers in February, Monero’s Riccardo Spagni tweeted about the conflict of interest with the specific address connected to the now-defunct exchange. Spagni also referenced the conflict of interest with the address dubbed “1FeeX” on June 12, 2020.

“Craig Wright’s English lawyers’ threat to sue bitcoin developers is a steaming pile of horse puckey,” Palley tweeted. “It’s not winnable. In the U.S. you might get sanctioned for this malarkey,” he added.

Here’s why intermediary businesses cannot be automated away, without effectively giving away our free will, individuality, and freedom.…
przezJacob Rozen

ECB Confirms Plans to Work on a Digital Euro, Syas It Will Be Greener Than Bitcoin

The European Central Bank will start an investigation phase of a digital euro project, which will last 24…
przezJordan Lyanchev 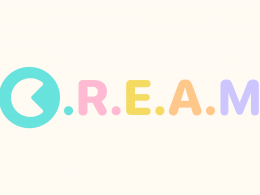