After the confidential submission of a draft registration statement to become a publicly-traded company announced last year, Coinbase has taken a major step to be listed on the giant US stock exchange – Nasdaq.

The donation from a group headlined by NEAR, Solana and Celo comes in addition to $300,000 raised via…
przezZack Voell 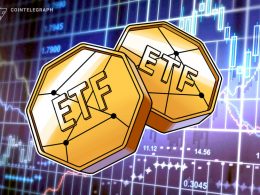