Crypto exchange operator Coinbase has revealed that it holds bitcoin and other crypto-assets as an investment on its balance sheet.

“Since our founding in 2012, Coinbase has held bitcoin and other crypto assets on our balance sheet — and we plan to maintain an investment in crypto assets as we believe strongly in the long-term potential of the cryptoeconomy,” wrote Brett Tejpaul, Coinbase’s head of institutional sales, trading, custody and prime services, in a blog post on Wednesday.

Tejpaul didn’t reveal a specific investment figure. The Block has reached out to Coinbase for comments and will update this story should we hear back.

This appears to be the first time Coinbase has publicly disclosed its investment in bitcoin as part of its balance sheet, although the revelation isn’t surprising.

Several crypto companies have invested in bitcoin as part of their treasuries. According to data from Bitcoin Treasuries, all companies, including crypto and non-crypto, collectively hold $67 billion worth of bitcoin on their balance sheets. The figure is based on bitcoin’s current price of around $50,000.

Coinbase itself has helped several publicly traded and private companies acquire bitcoin on their balance sheets, including Tesla and MicroStrategy.

Tejpaul said Coinbase has executed “nine and ten figure trades for some of the largest institutions in the world,” without disclosing specific names.

“Clients have selected us for our track record in security, sophisticated execution platform, 24/7/365 white glove service, and focus on regulatory compliance,”said Tejpaul.

Specific details of Coinbase’s own bitcoin investment could be revealed in its Form S1, which is expected to be made public in the coming days or weeks.

Coinbase confidentially filed Form S1 last December with the U.S. Securities and Exchange Commission as part of its plan for a direct stock listing on Nasdaq.

The S-1 would offer a detailed look at Coinbase’s business. The company’s stock has most recently traded at an implied valuation of $100 billion at an average price of $373 per share, as The Block reported last week.

Update: The headline of this story has been updated for clarity.

FTX Trading Ltd. announced the firm has closed the largest capital raise in crypto exchange history in a…
przezJamie Redman 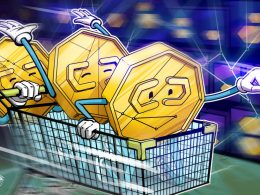 Partnership announcements, improving fundamentals and growing interest in DeFi are driving the price of Helium, Avalanche and Pickle…
przezRakesh Upadhyay 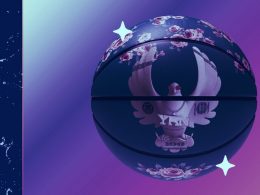 It’s the start of NBA All Star Weekend. And if you can’t feel the excitement in the spectator-less,…
przezJeff Benson