Solana (SOL) and Cosmos (ATOM) each saw the price of their tokens surge after new interoperability upgrades were revealed.

Bitcoin’s (BTC) sharp correction below $45,000 sent shockwaves throughout the entire market for a second day and many altcoins are fighting to hold the gains they’ve accrued since the start of the year.

Two exceptions to the current downturn are Solana (SOL) and Cosmos (ATOM), which have both managed to experience minor price breakouts following recent bullish developments for each project.

Data from Cointelegraph Markets and TradingView shows that SOL and ATOM saw initial price dips in the early trading hours of trading on Feb. 23 but both were able to quickly bounce back and outperform the wider market for the day.

Solana price broke out on Feb. 22 when Raydium, the first automated market maker (AMM) for the Solana blockchain, was launched. The AMM platform enables faster trades, shared liquidity and new ways for token holders to earn a yield.

The release of Raydium helps to bring the SOL ecosystem one step closer to being a viable competitor for DeFi on Ethereum (ETH ) as traders desperately seek out ways to escape high transaction costs on the network.

Evidence of its growing influence can be found in a recent proposal from SushiSwap codenamed ‘Bonsai,’ which seeks to integrate the SUSHI ecosystem with Solana as a way to mitigate high fees on the Ethereum network.

Although the proposal is still in the early stages and needs to be approved via a community vote, traders responded positively to the news and this may have helped SOL price bounce back and make a new all-time high at $15.88.

If approved, SushiSwap users will be able to manage their yield farms and conduct token swaps on the Solana blockchain. The team also said that Bonsai is expected to be live on testnet by the end of Q1, 2021.

VORTECS™ data from Cointelegraph Markets Pro began to detect a bullish outlook for SOL on Feb. 22, prior to the price rise.

The VORTECS™ score, exclusive to Cointelegraph, is an algorithmic comparison of historic and current market conditions derived from a combination of data points including market sentiment, trading volume, recent price movements and Twitter activity.

As seen on the chart above, the VORTECS™ score for SOL reached a high of 83 on Feb. 22, shortly before the price spiked to new a new all-time high.

The recent bullish outlook for Cosmos is partially due to the recent Stargate update which includes the much-anticipated Inter-Blockchain Communication (IBC) protocol, an interoperability layer for Cosmos blockchains.

The IBC will allow projects like Kava (KAVA) and Band Protocol (BAND), which were built with the Cosmos Software Development Kit (SDK), to easily interoperate and bridge tokens across other blockchains on the Cosmos network. Eventually, the network is expected to work with separate protocols like Binance Smart Chain.

Interoperability is rapidly becoming a key feature for blockchain ecosystems that want to survive the current market landscape, and it appears that the Stargate release has provided quite the boost for Cosmos.

The IBC allows projects from across the Cosmos ecosystem to be utilized in the rapidly evolving DeFi sector, bringing a new level of functionality to projects like Kava and Band protocol.

The views and opinions expressed here are solely those of the author and do not necessarily reflect the views of Cointelegraph.com. Every investment and trading move involves risk, you should conduct your own research when making a decision. 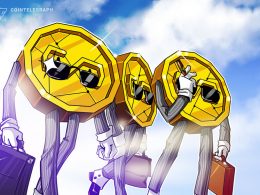 Disclaimer: The findings of the following article are the sole opinions of the writer and should not be…
przezNamrata Shukla 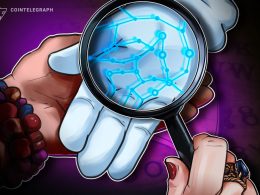 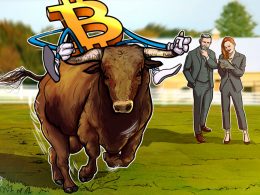 Bitcoin price hangs slightly above $35,000 while traders simply watch the dip from the sidelines. The cryptocurrency market…
przezJordan Finneseth