On Sunday, February 21, the price of bitcoin touched a new all-time high (ATH) at $58,354 and at the time, inflow into exchanges spiked as well. According to data from the onchain analysis firm, Santiment, stats indicate that exchange inflow jumped 11x on Sunday and data also shows one whale address was responsible for the second-largest bitcoin transaction in 2021.

Bitcoin prices jumping to new heights has sparked a lot of crypto market movement in recent months and even ancient UTXOs waking up after sleeping for over a decade. The last few days have been brutal as BTC prices slid around 20% after reaching the $58,354 ATH recorded on Sunday. Of course, market observers and onchain analysts saw things from a different perspective and the company Santiment tweeted about all the action on Tuesday.

“As we noted yesterday,” Santiment said. “There was an 11x exchange inflow spike that initiated bitcoin’s price correction from its $58.3k ATH. Further data combing revealed that an address was responsible for the 2nd largest BTC transaction of the year, an import of 2,700 tokens to the wallet before a quick sell-off,” the researchers added.

This same address also made a 2,000 BTC import last March right as the Black Thursday correction took place. In total, it made 73 transactions in its one-year existence, for a total of 91,935 BTC imported, with all tokens moving away within minutes after arrival.

An analysis of the whale address shows the transaction of 2,700 BTC was sent with great privacy according to blockchair.com stats. The block explorers privacy meter indicates the rating was a 100 as the tool “shows whether your transaction is susceptible to some of the heuristics used by numerous transaction tracing tools.” The 2,700 BTC spend that also saw a 2,000 BTC spend on ‘Black Thursday’ also coincidentally follows the same pattern as the 2010 awakenings news.Bitcoin.com has been investigating.

One awakening of 1,000 BTC worth of 2010 block rewards was also mysteriously spent on March 11, 2020, the day before ‘Black Thursday.’ This continued throughout 2020 as multiple strings of 2010 block rewards were spent and there was also a large string spent on the anniversary of the Bitcoin network’s launch. One Russian blockchain researcher, Issak Shvarts told our newsdesk that the coins were sold to Coinbase.

The whale address Santiment caught has signs that the address may belong to the Gemini exchange, at least from data stemming from oxt.me. Santiment noted that exchange inflow was massive as the research team caught “59,915 BTC in a single hour, just as prices jumped over $58,300.”

“This was the largest spike in 16 weeks,” Santiment’s report details. “And for context, the 200-hour resting average was sitting at 5,032 BTC moved to exchanges per hour. This means this spike was 1,091% higher than the recent mean. This exchange inflow was assisted by the 2nd largest BTC transaction of 2021 to a large whale address, which instantly disposed of the funds,” the researchers added.

In addition to the second-largest transaction of the year, a myriad of market observers blamed the mining operation F2pool for the recent dump. Reports say that F2pool, which is the largest mining pool in terms of BTC hashrate, has been selling BTC like hotcakes.

Cityam.com’s resident trader dubbed ‘TMG’ said: “3,633 bitcoin in a single transaction out of their bitcoin mining wallet and right onto the exchanges.” Dumping accusations toward the mining pool with 15.1% of the hashrate (23.14 EH/s) are littered across social media in great number. 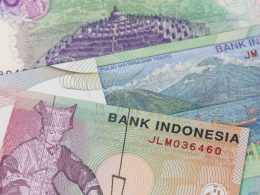 Bank Indonesia, the central bank of Indonesia, is planning to issue a digital currency to speed up payments.…
przezYogita Khatri

Why Bitcoin was MicroStrategy’s only option

MicroStrategy broke the silence when it invested in Bitcoin. It changed how institutions viewed Bitcoin from an investment…
przezAkash Girimath

What to expect from Reddit’s partnership with the Ethereum Foundation?