Popular gold advocate Jeffrey Gundlach, CEO of DoubleLine Capital, has thrown his weight behind Bitcoin (BTC), stating that the crypto asset is a better investment than the precious yellow metal.

Gundlach tweeted earlier today that despite being a strong gold bull and a long-term U.S. dollar bear, he has chosen to be neutral on both for the past six months.

Earlier this year, Gundlach declared his hatred for Bitcoin, joining other traditional financial experts to call the asset a “bubble.”

“Bitcoin, to me, is now sort of in bubble territory in terms of the way it’s been acting,” Gundlach told CNBC in an interview.

The so-called Bond King warned investors to stay away from Bitcoin, saying the asset could be overheated amid its rally and that it is in a “bubble territory.”

His decision to withdraw support for both financial instruments could be a result of Bitcoin’s historical rally, which has been a significant topic of discussion for the past few months.

The world’s largest cryptocurrency has seen lots of cash inflow from institutional investors in recent times, as they try to hedge the asset against inflation.

Before now, investors once looked to gold as a hedge against inflation, but things changed drastically last year when Bitcoin came out as the best performing asset despite being affected by the novel coronavirus (COVID-19) pandemic.

Recall that in March 2020, the leading cryptocurrency plunged below $4,000 and recovered swiftly, finishing the year on a high note of nearly $20,000.

The massive adoption of Bitcoin by institutional players has fueled its price to reach an all-time high (ATH) of above $52,000, with more investors still siphoning capital from traditional investments into the crypto market.

Gundlach, about Bitcoin, noted that “lots of liquid poured into a funnel creates a torrent” while confirming the cryptocurrency as the “stimulus asset.”  Unfortunately, he said gold cannot be classified as one. 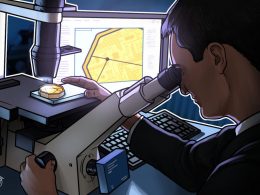 AMBCryptoEthereum Classic: Traders must wait for this to be on the safer side

AMBCryptoIs Ripple well-positioned to capitalize on this 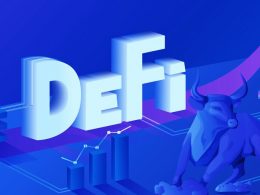 Bitwise Asset Management has announced the launch of the Bitwise DeFi Crypto Fund. Some of the biggest names…
przezScott Chipolina