Former BitMEX CEO Arthur Hayes has called on all legacy traders to “opt-out” of legacy trading platforms and embrace the “Crypto Capital Markets.”

BitMEX co-founder and former CEO Arthur Hayes has returned from exile with a post on the derivatives exchange’s official blog calling for a boycott of legacy platforms following the GameStop drama.

Hayes said the incident, where trading on Robinhood was halted after retail traders forced a short squeeze causing hedge funds to suffer billions in losses, showed that markets are stacked against retail traders:

“The game masters just didn’t like how the game was being played, so they jacked up margin to force a course correction,” he said.

“Withdraw all your money from your broker. Stop trading. Stop paying the system that you believe treats you like a second-class citizen. That is opting out, and it is extremely powerful and liberating.”

The post follows months of silence from Hayes — who went to ground last year after the U.S. Department of Justice and the Commodity Futures Trading Commission filed charges against BitMEX executives in October for allegedly violating federal anti-money laundering and know-your-customer obligations and operating an unregistered trading platform.

The post did not provide any indication as to his current whereabouts, and did not address any of the accusations levied against BitMEX. However, he apparently has BitMEX’s permission to post on its official blog as he noted that he intends to post on a fortnightly basis.

Hayes’ return to Crypto-Twitter for the first time since September was welcomed by many notables of the crypto sector, including BitInstant founder Charlie Shrem, Kraken’s growth lead Dan Held, Three Arrows Capital CEO Su Zhu, and Blockstream co-founder and CEO, Adam Back.

However, not everyone offered Hayes a warm welcome, with Twitter-user “Lord Ashdrake” replying to Hayes: “bro, shouldn’t you be like in jail or something?” 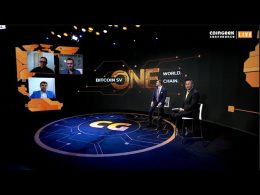 DeFi projects added to its TVL at an astonishing rate this year. The TVL stood at $691 Million…
przezEkta Mourya

Analyst: Selling Bitcoin now is ‘crazy’ as unknown US company seems to have invested

Despite the Tesla pump, the Bitcoin price remains stuck in its consolidation range, with the next few days…
przezJake Simmons 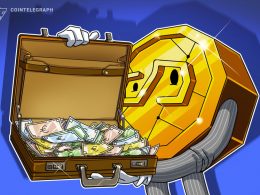 Unlike private companies, the ECB has “no commercial interest” in monetizing users’ data, the ECB executive board member…
przezSamuel Haig