Nexus Mutual, an alternative risk sharing platform, has raised $2.7 million in a strategic contribution to its Foundation treasury.

The effort was led by Collider Ventures with participation of 1Confirmation, Blockchain Capital, Version One, Dialectic and other leading institutional and individual investors in crypto space.

Nexus Mutual is a community-based insurance alternative offering protection against risk and potential vulnerabilities in smart contract code in decentralized finance (DeFi) products. Only members can participate in the network, buy cover and hold NXM tokens.

According to Nexus Mutual, the fresh capital will enable it to extend its offering beyond the existing product and cover users of the already established cryptocurrency exchanges and custodians, including Coinbase, Binance, Kraken, and Gemini.

The idea is that, through participation in the decentralized autonomous organization (DAO) on the Ethereum blockchain, users cover themselves, rather than relying on an exchange’s insurance policy.

“We see Nexus Mutual as an indispensable pillar of DeFi strategic opportunity and decided to take a proactive approach to support the development of the platform, as well as participate in governance and continue funding projects building on top of Nexus Mutual as the underwriter,” said Adam Benayoun, founding partner at Collider Ventures.

He added that recently Collider had led another strategic investment in Armor Finance, a decentralized brokerage for cover underwritten by Nexus Mutual. Other projects in Collider’s portfolio include The Graph, ZenGo, Efficient Frontier, IDEX, and Hummingbot among others.

Last December, Nexus Mutual CEO Hugh Karp fell victim to a sophisticated social engineering hack which resulted in him being tricked into sending the attacker $8 million in the project’s native NXM tokens from his personal wallet.

Despite this setback, within the final 5 months of 2020 the London-based company managed to increase the total value of crypto locked in its protocol from $4 million to $100 million.

Nexus Mutual also says they have designed “a very aggressive roadmap for 2021,” which includes an ambitious plan to sell over $1 billion worth of cover for at least 30 protocols. 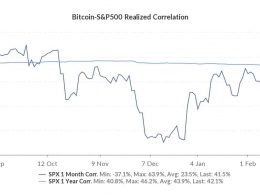 Bitcoin Correlation With S&P 500 at 5-Month High: Is This Bearish for BTC?

Bitcoin and traditional financial markets have been highly correlated over the past couple of months. This was clearly…
przezGeorge Georgiev 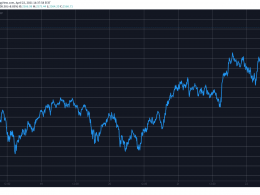 Ethereum Breaks All-Time High With a New Record of Over $2,570 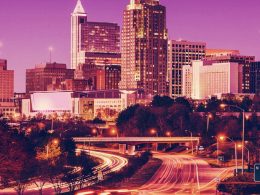 On November 12, North Carolina became the 41st US state to grant an operational license to Binance.US, the…
przezLiam Frost

According to a document dated 4 February, Binance Holdings Limited issued a notice of its “voluntary dismissal” of…
przezAlisha Roy