Just recently, during Microstrategy’s “Bitcoin for Corporations” event, Stone Ridge Asset Management and New York Digital Investment Group (NYDIG) founder, Ross Stevens, explained that he sees a “wall of money” entering the bitcoin space. A week later after that statement, NYDIG has revealed that the company has filed for a bitcoin exchange-traded fund (ETF) and is hoping for regulatory approval.

Last week, when Ross Stevens told the Microstrategy CEO and bitcoin bull, Michael Saylor that he believes a lot of money was coming into bitcoin he probably had a pretty good inclination. Not too long afterward, Stevens’ firm NYDIG a subsidiary of Stone Ridge Asset Management revealed the company is aiming to launch an exchange-traded fund (ETF). The news follows the recent Purpose Bitcoin ETF approval, which will trade on the Toronto Stock Exchange.

NYDIG also falls behind the bitcoin-based ETF filings registered by the firms Valkyrie Digital Assets and Vaneck. The “NYDIG Bitcoin ETF” filing was filed with the U.S. Securities and Exchange Commission on February 16, 2021. The registration is a Form S-1 statement, which aims to distribute common shares trade on NYSE Arca.

“In seeking to achieve its investment objective, the Trust will hold bitcoin,” the filing continues. “The Trust will value its assets daily in accordance with Generally Accepted Accounting Principles, which generally value bitcoin by reference to orderly transactions in the principal active market for bitcoin.”

There are around ten companies shooting for a bitcoin ETF in the U.S., according to Jeff Kilburg, founder and CEO of KKM Financial and a partner at Valkyrie. Kilburg thinks that 2021 will be the year the SEC approves a U.S.-based exchange-traded fund that leverages the leading digital asset.

Kilburg jokingly said that it was similar to constantly asking someone to get married.

“It’s a similar approach to the way I strategically asked my wife to marry me. Around the 15th or 20th time I asked, she finally said yes,” Kilburg told CNBC.

NYDIG’s SEC filing for a bitcoin exchange-traded fund coincidentally was registered the day BTC jumped to a new all-time high. BTC temporarily touched an average price of around $50,603 during the early morning trading sessions (EST) on Tuesday.

NYDIG’s filing also notes that the firm will be working with Morgan Stanley as an initially authorized participant. Of course, the NYDIG Bitcoin ETF filing also has a whole page (pg. 9) dedicated to explaining the “risks” involved with a bitcoin-based investment vehicle.

“Investment in the trust involves significant risks and may not be suitable for shareholders that are not in a position to accept risks related to bitcoin,” the registration warning says. “The shares are speculative securities. their purchase involves a high degree of risk, and you could lose your entire investment. you should consider all risk factors before investing in the trust.”

What do you think about the latest bitcoin ETF filing by New York Digital Investment Group (NYDIG)? 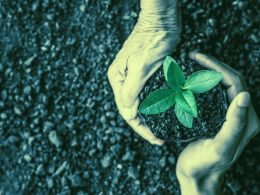 NFTs continue to be a source of fascination for artists, athletes, celebrities, brands, and collectors. But even as…
przezJason Nelson 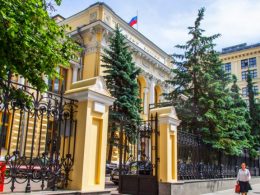 In line with its hardline stance on cryptocurrencies, the Central Bank of Russia (CBR) has issued a recommendation…
przezLubomir Tassev

Clayton sounded more bullish on bitcoin than he’s been in years in his Thursday interview with CNBC.
przezKevin Reynolds 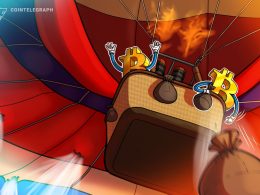 Downside risks for BTC price are also heightened due to the recent dollar bounce. The ghost of stock…
przezYashu Gola