Bitcoin price attained a new all-time-high just $60 short of the $50,000 mark post which the price saw a minor correction of $1,000. The top cryptocurrency still looks quite bullish as miners’ selling has slowed down significantly which is a bullish sign suggesting miners are expecting the price to go further up. The net position of miners has neared neutral.

#Bitcoin miners net position change appears to be returning to neutral, suggesting that miner selling is beginning to slow down. https://t.co/SqUHp652jz pic.twitter.com/TRWdTInLNW

The recent crash of nearly $4,000 after topping $48,000 was seen as panic selling by retail and few miners anticipating that to be the near top, however bitcoin price recovered soon after within 24 hours to post new all-time-highs. The top cryptocurrency’s on-chain signal looks bullish as ever and many believe the price target of $65,000 in the short term proposed by Max Kieser is quite achievable.

The miner position nearing neutral is just one of the many on-chain metrics that suggest bitcoin is looking to break the $50,000 price target very soon as the flow of stable coins onto exchanges continues to rise while traders and whales continue to move their Bitcoin out of the exchanges.

When the price of bitcoin recorded a sharp correction from $48,000 many blamed retailers and weak hands, however as historically observed the flow of stable coins on exchanges suggest strong buy signals and bullish sentiment. Ki-Young, a crypto analyst wrote,

If you’re a long-term investor, now is the time to buy $BTC. Not sure how many corrections would be along the way, but the on-chain indicator says there are enough stablecoins in exchanges compared to Bitcoins to get another leg up.

The current price rally post the correction is the testimony of the strong buy sentiments in the market as they expect Bitcoin price to rise further.

This $50k battle is about Coinbase whales(USD) vs. Stablecoin whales(USDT).

Negative Coinbase premium, but plentiful stablecoins in exchanges. Negative premium should be cooled down to get another leg up.

The institutional FOMO that saw Tesla making a $1.5 billion Bitcoin purchase followed by BNY Mellon announcing Bitcoin and crypto custody services has forced the regulatory body to take note of the growing Bitcoin demand. The SEC commissioner Hester Pierce has already called for clearer regulations in the wake of last week’s developments. The growing institutional demand followed by regulatory acknowledgment and the on-chain signals all suggests Bitcoin could see another Christmas-like rally again. 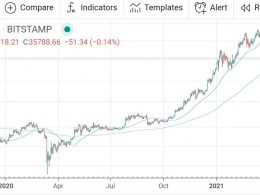 Bitcoin Death Cross 2021 Is Here: The Reasons Why You Shouldn’t Be Worried 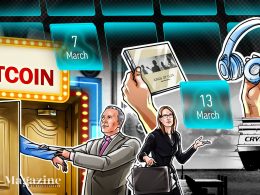 Coming every Saturday, Hodlers Digest will help you track every single important news story that happened this week.…
przezAndrew Thurman 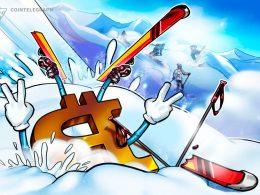 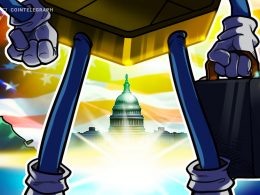 “The threats posed by crypto show that congress and federal regulators can’t continue to hide out, hoping crypto…
przezTurner Wright