The price of Ethereum is declining against both Bitcoin and the U.S. dollar. This comes as the dominant cryptocurrency soared to a new all-time high in the last several hours.

As Bitcoin began to climb towards $49,900, the price of Ethereum actually dropped in the same period.

Although Ethereum has sometimes lagged behind Bitcoin during a strong BTC uptrend, it is rare to see ETH drop so sharply when BTC is soaring.

Why did this Ethereum price trend occur?

Traders say that it most likely was a severe case of the ETH/BTC pair breaking down as the price of Bitcoin started to rally.

Throughout the past few weeks, the ETH/BTC pair has seen both ETH outperforming Bitcoin at times and BTC regaining the momentum on some days.

On February 14, as Bitcoin reached a new all-time high and took most of the momentum in the cryptocurrency market with it, large-cap cryptocurrencies, including Ether, plunged.

“Since #Bitcoin is taking the lead now, $ETHBTC is normally pulling back Currently testing the neckline for the proposed iH&S (following since months, refer to thread) I want 2 c the neckline holding for potential 50-100% Move up as explained.”

In the near term, ETH could perform strongly against BTC given that Bitcoin cleanly breaks out of the $50,000 resistance area and consolidates above it.

Currently, traders remain uncertain where Bitcoin is headed in the near term, due to the $50,000 resistance area acting as a large sell wall. Hence, a clean break past that level would likely lead ETH to also break out of its current price range.

Analysts at Santiment found that the number of Ethereum whales has declined in the past month as the price of ETH reached a new all-time high.

This metric can be interpreted in different ways. Some could argue that since whales have sold, it shows a bearish trend for ETH in the foreseeable future.

But, considering that ETH is continuing to hit new highs, it can be said that the selling pressure from whales is being absorbed by the market.

“#Ethereum’s top 100 whale exchange addresses are holding the lowest balance of $ETH tokens (~11.4M) in 27 months. This number has dropped along the way to $ETH’s new #AllTimeHigh. Watch this inverse correlation between price & exchange whales closely!”

With exchange reserves declining and stablecoin inflows rising, technically, ETH is in a strong position to see a continuation of its rally.

It remains to be seen whether it can see a short-term reversal from its recent dip, but based on its price cycle throughout February, a recovery is more likely than a breakdown from the current range.

The post Why Ethereum is stagnating behind Bitcoin after its rally to new record-high appeared first on CryptoSlate. 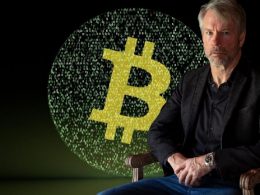 The independent, publicly-traded business intelligence company Microstrategy announced the acquisition of 13,005 bitcoin on Monday, at a purchase…
przezJamie Redman 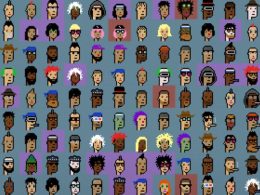 Next month in New York, the popular auction house Christie’s plans to auction a rare lot of Cryptopunk…
przezJamie Redman 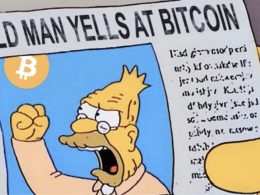 Gold bug Peter Schiff has revealed that his son, Spencer Schiff, has gone all-in on bitcoin. Calling his…
przezKevin Helms