Bitcoin full node software provider Umbrel has launched of Umbrel v0.3.3, an upgrade that comes with three new apps in the Umbrel App Store, including access to Bitcoin’s mempool.

By giving people the chance to run their own Bitcoin full node in a matter of minutes, Umbrel has already positioned itself on the front line of efforts to mainstream Bitcoin. Now, this upgrade gives Umbrel users unprecedented access to the Bitcoin world by offering greater privacy, access to the Bitcoin mempool, and a new way to create Lightning wallets for friends and family.

Umbrel has launched three new apps with this upgrade. The first of these is Samourai Server, which runs Whirlpool—a coin mixing service that breaks your Bitcoin from its past transactions—and Dojo, a private Bitcoin full node service. Both of these services are offered by the Samourai Wallet, a Bitcoin wallet that promises to keep users’ identities—as well as their transactions—private and secure.

The app itself promises to increase Umbrel users’ privacy by providing step-by-step instructions on how to set up the Samourai Wallet itself.

“We are privacy activists who have dedicated our lives to creating the software that Silicon Valley will never build, the regulators will never allow, and the VC’s will never invest in,” the Samourai Wallet team says on their website.

Coming in second is the Mempool app, an open-source Bitcoin mempool explorer that will give users a comprehensive overview of the Bitcoin mempool, a “waiting area” of sorts for Bitcoin transactions before they are enshrined onto the blockchain.

Umbrel users can now make use of Mempool not only to visualize the mempool itself, but to get fee estimates, or look up key data like specific transactions, blocks and addresses, all directly from their own full node.

Third is LNbits, a free and open-source, lightning network wallet system. Umbrel’s customers can now partition their Lightning wallets into multiple accounts in order to create multiple users, perfect for those who are trying to bring others on board with Umbrel.

“If you’ve wanted to create Lightning wallets for your friends and family on your Umbrel, you’ll love LNbits,” the Umbrel team tweeted. 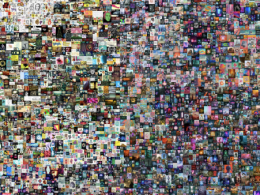 Popular digital artist Beeple’s 5,000-day collection has sold for $60.25 million dollars, making it one of the highest…
przezSaniya More 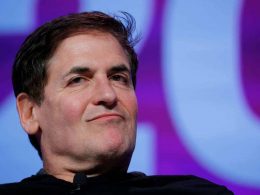 3 Reasons Ethereum Will ‘Dwarf’ Bitcoin, According to Mark Cuban

Ethereum’s price has been performing incredibly well for the past couple of weeks. Over the past 14 days,…
przezGeorge Georgiev 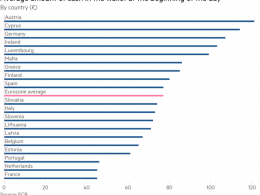 Only the digital euro can save the region from the dangerous animal that is Bitcoin: ECB executive

A board member of the European Central Bank believes that the digital euro can’t come soon enough, claiming…
przezSteven Msoh