Traditional finance can’t keep their hands off of Bitcoin. This week, America’s oldest bank, BNY Mellon, announced plans to store and manage Bitcoin on behalf of its clients.

BNY Mellon, a 236-year-old American investment bank that controls around $2 trillion, announced on February 11 that it will soon store Bitcoin and other digital currencies, offering the same asset-management services it offers for traditional currencies and stocks.

Announcing the creation of the BNY Mellon Digital Assets unit – A team dedicated to building the first multi-asset custody and administration platform for traditional and digital assets, including #cryptocurrencies. https://t.co/aZ7wMfAXqg pic.twitter.com/L54TFVpJNv

Crypto companies, or those already involved in crypto, are thrilled about the prospect of bringing old money into Bitcoin.

“When the world’s largest custodian announces that it will provide custody services for digital assets,” Guy Hirsch, US Managing Director at eToro, told Decrypt, “that feels like a tipping point in the market.”

An inflection point in the making?

“Once their crypto offering is available later this year…it could soon prove [to be an] inflection point as it will fundamentally change how asset managers view Bitcoin and other digital assets,” Alex Mascioli, head of institutional services at digital asset prime broker Bequant, told Decrypt about BNY Mellon’s recent move.

“Just think about what would happen to crypto assets if even a small portion of BNY Mellon’s institutional customers decide to allocate to Bitcoin,” Hirsch said.

“Even only one half of one percent of the $41 trillion BNY Mellon oversees is committed to crypto,” Mascioli said, “we may see prices approach the targets that have been mentioned by JP Morgan, Guggenheim and others.” Guggenheim CIO Scott Minerd said that Bitcoin’s price could reach $600,000 and JPMorgan predicted that it could reach $146,000 by the end of the year.

And US business intelligence firm MicroStrategy’s “how to buy Bitcoin” seminar this month reportedly drew an attendance of 1,400 corporate treasuries. Since August 2020, MicroStrategy has snapped up as much Bitcoin as possible; to date, it’s bought over $2 billion of the coin, and CEO Michael Saylor has implored other companies to follow. This week, Tesla, the car company run by Elon Musk, disclosed that it had converted $1.5 billion of its balance sheet into Bitcoin.

“That’s a clear message that incumbents are responding to client demand with a go-to-market offering,” Seamus Donoghue, VP Sales & Business Development at METACO, told Decrypt. Others could be next. JPMorgan’s COO said this week that it, too, will consider crypto services if there’s enough demand from investors.

The recent wave of institutional interest in crypto has already helped out crypto companies. Asaf Meir, CEO at cross-exchange risk monitoring platform Solidus Labs, told Decrypt that his company has seen a ten-fold increase in demand for crypto risk monitoring solutions. “Clearly, corporates, asset managers, payment providers, and banks themselves are responding to the potential exponential bottom-line impact crypto can have on their business,” he said.

Still too hot to handle for some

But the implications of BNY Mellon’s announcement may still go over the head of some banks, said Andrew Kessler, CTO and Co-Founder of Zenotta. “Larger banks are always reticent in their approach, considering the risks and consequences if regulators decide to step in,” he told Decrypt. “While it’s significant news for custody service providers, the lack of regulatory clarity means this is unlikely to spur much uptake of digital assets.”

Nathan Cox, Chief Investment Officer at Two Prime, is more optimistic. “Bitcoin and other digital assets are often considered too volatile and risky to invest in,” he told Decrypt, “but when the oldest bank in America supports Bitcoin, it’s a clear signal that it’s becoming a bigger risk not to invest in digital assets.”

“It is no longer a case of being first or a fast follower”, Donoghue told Decrypt. “It’s instead a business risk if you can’t support this rapidly growing new asset class.”

Patrick Campos, Chief Strategy Officer at Securrency, told Decrypt that monumental developments like these are like “useful ammunition” for those within mainstream institutions as they normally have a hard time convincing “fence-sitting and nay-saying” colleagues about the adoption of digital assets.

But the increasing institutional support for Bitcoin must be matched with an equally cooperative approach from the crypto industry. Meir told Decrypt that the crypto industry must respond to the continuous mainstream support “ramping up its compliance and risk monitoring programs, reducing market manipulation and continuing to raise customer protection standards.”

Amazon Preparing to Launch a ‘Digital Currency’ Project in Mexico 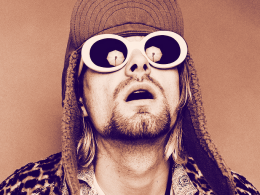 Kurt Cobain’s Final Nirvana Photoshoot to be Released as NFTs 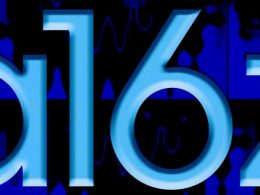 An array of crypto industry investors led by a16z has backed the $28 million funding round for Aleo,…
przezMichael McSweeney