VeChain is becoming the AWS of public blockchains: Report

Amazon Web Services has become one of the world’s most important foundations in the digital era, allowing businesses to access cutting-edge tools efficiently and at a fraction of the costs. According to a recent report by a blockchain incubator, VeChain is doing to public blockchains what AWS did for software. The report singles out VeChain’s ToolChain as its most important features, allowing businesses to easily integrate blockchain technology.

The king of enterprise blockchains

Bitcoin is the king of cryptocurrencies while Ethereum is the world’s most utilized blockchain. However, when it comes to enterprise blockchain, VeChain is becoming one of the most important players. Some of the world’s largest companies are building on VeChain, including Walmart, BMW, Bayer, H&M, LVMH and more.

In its report, blockchain incubator CREAM attributed VeChain’s success to its ability to identify the critical needs of businesses and solving them. One of the ways it has achieved this is through ToolChain, its blockchain-as-a-service (BaaS) platform. ToolChain allows businesses to integrate the VeChain blockchain with little coding.

In its most simple form, ToolChain comes as an ‘off-the-shelf’  low-code/no-code platform, providing versatility and flexibility in a manner that can be rapidly deployed, in as little as 30 minutes. Suddenly, businesses without technical expertise or in-house developers are able to take advantage of the numerous benefits of public blockchain for their own businesses, massively reducing lead times, costs and complexity.

ToolChain comes with a number of tools that make it easy to integrate the VeChain blockchain. They include readily customizable mobile applications, IoT sensors and chips and access to VeChain’s unique native fee delegation functionality.

At a time when regulators have taken a keen interest in blockchain, ToolChain operates across jurisdictions. This is because ToolChain users never have to deal with digital currencies directly. Rather, they pay for the service in the same way they would pay their internet service provider. VeChain’s fee delegation protocol handles the VTHO burn via the VIP191 contract.

The ToolChain package further appeals to businesses because of VeChain’s partnerships with leading firms. It has partnered with PwC and DNVGL which provide data quality assurance to its clients. These firms give the on-chain data greater trust and economic value.

The future of public blockchains

For many global firms, customization is key. These firms want the products they use, be it software or hardware, to reflect the company’s brand. ToolChain offers them this, as CREAM outlined.

ToolChain’s advanced version can be completely customized and stripped of its branding. Channel partners, for example, can redesign and repackage ToolChain, building ‘their’ BaaS/SaaS platforms/products, all the while, running said service on VeChainThor.

The report added, “With ToolChain 4.0, its most recent iteration, VeChain has built a solution that neatly complies with business needs whilst cleverly addressing regulatory obstacles, ensuring rapid, pain-free deployment of public blockchain anywhere across the global economy. VeChain is completely unmatched in this capability.” 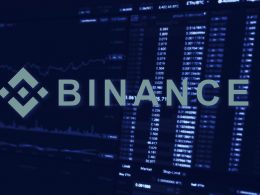 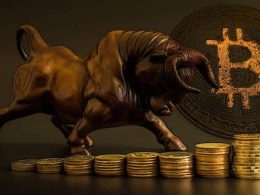 Bitcoin registered a new ATH of $64,863 today breaking out of the month-long on-chain consolidation phase between $58k-$60k.…
przezPrashant Jha 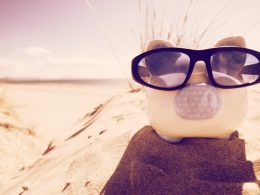 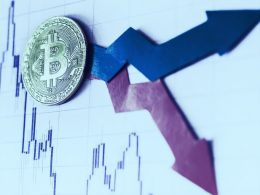 Bitcoin’s Slump Could Be ‘Calm Before Storm’: Glassnode

While Bitcoin has remained locked in a somewhat narrow price corridor over the past few weeks, several key…
przezLiam Frost