Late Thursday, February 11, Bitcoin (BTC) hit a new all-time high moving past $48,600 levels. The BTC price rally comes as big American corporates like BNY Mellon and Uber warm up to the world’s largest cryptocurrency. At press time, Bitcoin (BTC) is trading 5.22% up at $47,318 with a market cap of $878 billion.

The last time Bitcoin (BTC) was at the same MC/TC ratio it was trading close to $8500 levels, post which it surged 135% higher. So if Bitcoin (BTC) follows a similar growth now, it can shoot past $100K levels.

Last bull market, $BTC was at ~$8,500 when Marketcap to Thermocap was at the current levels – and surged another 135% to the top in just a month.

The marketcap/thermocap ratio assesses whether if the asset is trading at a premium to the total security spent by the miners. Apart from it, the high stablecoin deposits at the exchanges and the surge in daily active addresses already hint that Bitcoin will soon be hitting $50,000 levels. The Glassnode CTO also cites the futures funding rates that shows that BTC can touch $50K levels soon.

Bitcoin Miners Are having a great time as the Bitcoin hash rate touched its all-time high of 166.07M TH/s on Wednesday, February 10. Hashrate is the computational power required to mine and process transactions on a Bitcoin network. Thus, with the surge in the BTC hashrate, miners are making huge money recently.

In a new milestone, Bitcoin miners clocked the highest-ever hourly revenue in the history of Bitcoin (BTC). As per the data from Glassnode, the BTC miners made more than $4 million in a single hour.

#BTC miners just made over $4 million in a single hour – the highest hourly miner revenue in Bitcoin’s history so far.

On the regulatory side, it seems that more and more lawmakers are warming up to Bitcoin. After the Miami mayor’s relentless support to BTC, now NYC mayor Andrew Yang has promised to make the city a hub for BTC.

As mayor of NYC – the world’s financial capital – I would invest in making the city a hub for BTC and other cryptocurrencies.

The post On-Chain Data Shows Bitcoin (BTC) Can Skyrocket 135% From Here to Above $100K appeared first on Coingape. 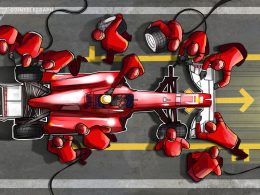 “We decided that additional time to conduct a more thorough code review and testing was important,” said Theta…
przezTurner Wright 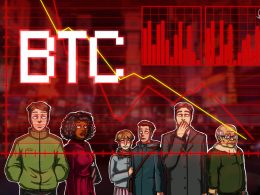 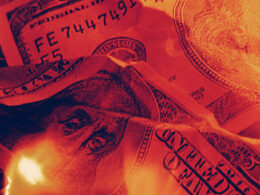 Over $1 Billion Worth of Ethereum Burned Since London Hard Fork

Nearly 300,000 Ethereum—worth over $1 billion at today’s prices—have been burned since the launch of the “London” upgrade,…
przezLiam Frost