In a conversation with CNBC about Bitcoin, JPMorgan co-president Daniel Pinto said the demand for Bitcoin will come at “some point.”

Albeit the message seems ostensibly optimistic, Pinto is implying that the demand for Bitcoin isn’t here just yet.

What kind of demand for Bitcoin would be sufficient?

The price of Bitcoin has increased by nearly five-fold since October, in merely four months.

In the process, the volume on centralized exchanges exploded, while institutional platforms and vehicles such as the CME Bitcoin futures market and the Grayscale Bitcoin Trust saw record volume.

Still, Pinto noted that the demand for Bitcoin isn’t “there yet,” suggesting that it would have to grow more to have major investment banks, like JPMorgan, to get involved. He said:

“If over time an asset class develops that is going to be used by different asset managers and investors, we will have to be involved. The demand isn’t there yet, but I’m sure it will be at some point.”

But, the point where asset managers and investment banks would consider treating crypto asses seems to be getting closer.

As an example, on February 11, Roman Regelman, CEO of asset servicing and head of digital at BNY Mellon, said that the bank would soon offer Bitcoin services.

In a statement obtained by CNBC, Regelman said:

“BNY Mellon is proud to be the first global bank to announce plans to provide an integrated service for digital assets. Growing client demand for digital assets, maturity of advanced solutions, and improving regulatory clarity present a tremendous opportunity for us to extend our current service offerings to this emerging field.”

Prior to BNY Mellon’s surprising decision to facilitate crypto assets, Mastercard, the credit card payments giant, said it would allow its customers to use certain cryptocurrencies in the future.

Although not all banks, institutions, and financial companies might find cryptocurrencies as an established asset class at this point, there are many financial conglomerates that do.

Hence, from the perspective of mainstream adoption, the continuous improvement in the appetite to serve and facilitate cryptocurrency-related services is highly positive.

Is this having an impact on the price of BTC?

In the past two days, almost as soon as the Mastercard and BNY Mellon news broke, Bitcoin rallied strongly to a new all-time high.

The positivity around traditional financial companies supporting cryptocurrencies is clearly boosting the market sentiment around BTC and crypto assets, in general.

If the trend of public corporations accumulating Bitcoin or supporting the dominant cryptocurrency continues, it would likely fuel the price of BTC past key resistance areas.

Before the BNY Mellon news broke, BTC was stagnating below $44,000, struggling to break out.

The post JPMorgan co-president admits the demand for Bitcoin will come at “some point” appeared first on CryptoSlate.

With Grayscale Bitcoin Trust (GBTC) biggest BTC unlocking event scheduled to happen in the middle of July, many…
przezMandy Williams 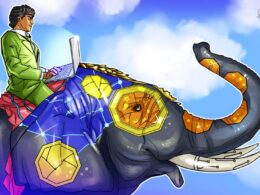 Indians exchanges are urging locals to buy and give Bitcoin during the upcoming holiday season. To celebrate the…
przezMartin Young 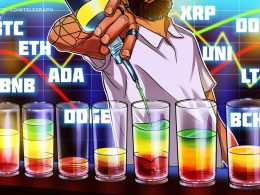 Traders expect further downside from Bitcoin and altcoins after BTC dropped below a key support level at $36,000.…
przezRakesh Upadhyay 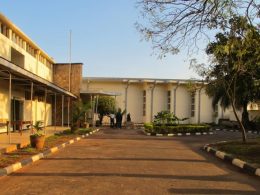 One of Africa’s oldest museums, the Uganda National Museum (UNM), is set to create digital representations of the…
przezTerence Zimwara