While the US still fights the idea of an ETF tracking the performance of BTC, the Ontario Securities Commission (OSC) has approved an application from the financial services company Purpose Investments Inc. to launch such a product in several Canadian territories.

UK-based Exmo exchange is down due to DDoS attack 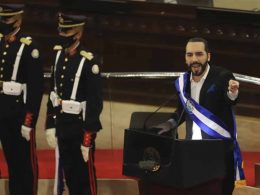