Nassim Nicholas Taleb, The Black Swan author and frequent tweeter, wrote today that he’s in the process of dumping his Bitcoin.

“A currency is never supposed to be more volatile than what you buy & sell with it,” he said. “You can’t price goods in BTC.”

I’ve been getting rid of my BTC. Why? A currency is never supposed to be more volatile than what you buy & sell with it.
You can’t price goods in BTC

In that respect, it’s a failure (at least for now). It was taken over by Covid denying sociopaths w/the sophistication of amoebas

He also asserted that the culture around Bitcoin has been taken over by “Covid denying sociopaths [with] the sophistication of amoebas.”

It’s an apparent 180 for Taleb, who’s advocated for crypto in the past. Last year, in response to a post about restrictions on foreign currencies in his native Lebanon, Taleb tweeted, “Use Cryptocurrencies!”

He’s also levied some angry tweets at Coinbase, and said he planned to close his account.

In 2018, Taleb wrote a short piece called “Bitcoin,” in which he called the asset “an excellent idea.”

Earlier today, one Bitcoin devotee asked Taleb for more clarity on his new position, and was met with a harsh response:

According to Dominik Schiener, IOTA is seeing a steady increase in trust from enterprises, as Project Alvarium shows. …
przezJake Simmons

Crypto is Not a Substitute for Gold but Copper: Goldman Sachs Head of Commodity Research 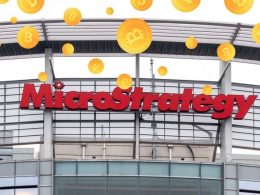 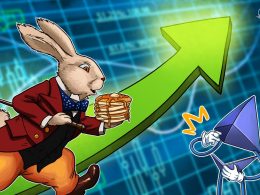 Transactions on the Binance Smart Chain are exploding, with PancakeSwap leading the way. PancakeSwap, a syrupy rabbit-themed decentralized…
przezSam Bourgi