Bitcoin price has been proving its ability to rise to record highs after a correction. The flagship cryptocurrency’s ability to remain stable after a massive move was put to the test this week. Tesla. The electric car manufacturer announced that it had added $1.5 billion worth of BTC to its balance sheet, causing speculation to shoot up in the market.

However, the flagship cryptocurrency stalled slightly above $48,000, abandoning the rest of the journey to $50,000. A correction ensued, pushing Bitcoin to seek refuge at $43,500.

Meanwhile, the pioneer cryptocurrency has renewed the mission for another new all-time high. BTC is trading at $47,150 as bulls fight the uphill task of breaking the barrier towards $50,000.

Bitcoin is also trading within an ascending parallel channel on the 4-hour chart. The middle boundary support has played a vital role in ensuring that BTC avoids massive losses.

As long as this buyer congestion zone remains intact, the spike above $48,000 will stay steady. Note that closing the day beyond this important level will urge investors and bulls to increase their positions, adding power to the tailwind.

Looking at the other side of the picture

Bitcoin’s uptrend eyeing levels beyond $50,000 may be abandoned if the middle boundary support is broken. Note that, earlier this week, BTC explored support at $43,500. Therefore, if massive sell orders are triggered, the bearish leg could extend to the channel’s lower boundary. Additional support is expect at $42,000 $39,500 and $38,000. 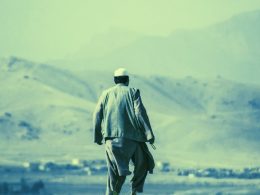 When interpreting the world, some people apply religious beliefs. Others view it through the confines of a political…
przezJeff Benson 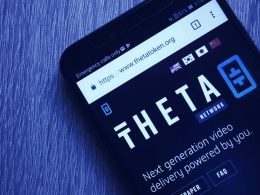 A new token has seemingly boomed out of nowhere into the top 10 cryptocurrencies by market capitalization. Theta,…
przezMathew Di Salvo

Disclaimer: The findings of the following analysis are the sole opinions of the writer and should not be taken…
przezNamrata Shukla

VeChain is the most undervalued cryptocurrency, new poll shows

VeChain has emerged as the most undervalued cryptocurrency in a poll by financial research firm Real Vision. The…
przezSteven Msoh