The Ontario Securities Commission has approved a bitcoin exchange-traded fund, according to public records published Thursday.

A final decision document, dated February 11, was issued Thursday afternoon, per records from SEDAR, for the Purpose Bitcoin ETF, which is managed by Purpose Investments Inc.

As the document notes:

“The prospectus has been filed under Multilateral Instrument 11-102 Passport System in British Columbia, Alberta, Saskatchewan, Manitoba, Quebec, New Brunswick, Nova Scotia, Prince Edward Island, Newfoundland and Labrador, Northwest Territories, Yukon and Nunavut. A receipt for the prospectus is deemed to be issued by the regulator in each of those jurisdictions, if the conditions of the Instrument have been satisfied.”

According to the long-form prospectus, the Purpose Bitcoin ETF is an alternative mutual fund that “invests in and holds substantially all of its assets in long-term holdings of the digital currency bitcoin.” Cidel Trust Company, a subsidiary of Cidel Bank Canada, is designated as the fund’s custodian. Gemini, the crypto company founded by investors Cameron and Tyler Winklevoss, is serving as the fund’s sub-custodian. Ernst & Young is the fund’s auditor, per a letter uploaded to SEDAR.

Per the documents, the ETF is conditionally approved to trade on the Toronto Stock Exchange (TSX). The prospectus states:

“Subject to satisfying the TSX’s original listing requirements in respect of the Fund on or before February 11, 2022, the ETF Units of the Fund will be listed on the TSX and offered on a continuous basis, and an investor will be able to buy or sell such ETF Units on the TSX through registered brokers and dealers in the Province or Territory where the investor resides. Investors will incur customary brokerage commissions in buying or selling the ETF Units. The TSX ticker symbol for the ETF units, CAD ETF Non-Currency Hedged Units and USD ETF Non-Currency Hedged Units is BTCC, BTCC.B and BTCC.U, respectively.”

When listed, the ETF will trade alongside products such as The Bitcoin Fund, a closed-end fund that first listed last April. The fund is managed by Canadian asset manager 3iQ.

As might be expected, the positive news for the Purpose Bitcoin ETF was celebrated by crypto advocates as a possible step forward for such products to go live in the United States, where federal securities regulators have long denied their approval.

Still, SEC commissioner Hester Peirce has spoken approvingly of a U.S.-based bitcoin ETF and has filed dissents to rejections during her time in office. Peirce told CoinDesk earlier Wednesday that the U.S. market is ready for exchange-traded products tied to bitcoin.

The Purpose Bitcoin ETF’s long-form prospectus can be found below:

Get File by MichaelPatrickMcSweeney on Scribd 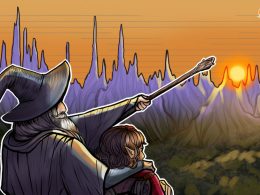 Analysts warn that a recovery in gold and the U.S. dollar index could negatively impact Bitcoin’s bullish momentum.…
przezJoseph Young

The cryptocurrency sector has seen a major boom in adoption lately, with the same paving the way for…
przezNamrata Shukla 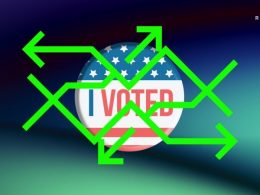 Quick Take At the start of election night, prediction markets priced Trump’s odds of winning the election at…
przezMika Honkasalo