As Bitcoin on Ethereum Tops $8 Billion, Another Player Enters the Market

Now another company wants to take a crack at the growing market.

Bitcoin stablecoins are cryptocurrencies, usually based on Ethereum, that are pegged to the price of Bitcoin. Although the value of these stablecoins is just as volatile as Bitcoin, they are always worth the same as Bitcoin.

They’re minted so that Bitcoiners can invest their wealth in Ethereum’s decentralized finance smart contracts, such as lending protocols and non-custodial exchanges.

Anyone holding wBTC, RenBTC and sBTC, three Bitcoin stablecoins based on Ethereum, can mint mBTC. And it’s possible to redeem mBTC for any of the three tokens. mBTC will add Binance’s bBTC next month.

But if Ethereum’s market already has access to Bitcoin stablecoins, what’s the point of mStable, a meta-stablecoin?

The benefit of mStable comes from its structure, the company said: its value is pegged to a basket of all these Bitcoin stablecoins.

The company claimed in a blog post accompanying the launch that, should one of the stablecoins collapse, mStable holders won’t lose all their money. Unlike the stablecoins companies on which mUSD is based, mStable claims that it is decentralized and non-custodial, meaning users stay in control of their own funds.

Additionally, mStable’s coins earn interest in its app, just like a bank account. The protocol automatically calculates the interest rate. The site says there isn’t enough data to determine the interest rate for its sole liquidity pool on SushiSwap, but its mUSD pools generate yields of 50% to 70% a year (note: this figure is volatile).

mStable was created by James Simpson in 2018. The decentralized protocol launched mUSD in May; to date, users have minted about $400 million of mUSD.

As it turns out, Bitcoin may end up being the most complex social network we have seen in…
przezConnor Murray 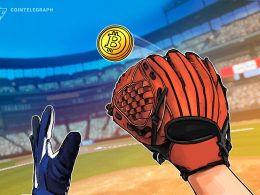 The Oakland A’s, the team at the center of the box office hit movie “Moneyball,” is accepting a…
przezMarie Huillet 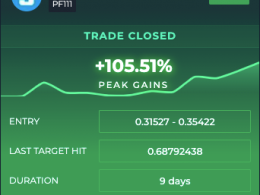 +100% Gains made with ProfitFarmers Signals, now with $100 discount

Crypto’s shooting up in value, providing a huge wave of profitable opportunities yet again. ProfitFarmers responds with $100…
przezJake Simmons 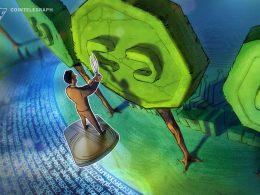 Nigerians are still hungry for crypto despite the central bank’s efforts to quash it. Nigerian cryptocurrency adoption continues…
przezMartin Young