New York City mayoral candidate Andrew Yang announced that he intends to make the city a “hub for BTC and other cryptocurrencies” if elected.

Yang made the comment in a tweet posted Thursday evening. He did not elaborate on which measures he plans to take.

As mayor of NYC – the world’s financial capital – I would invest in making the city a hub for BTC and other cryptocurrencies.

New York has long had heightened regulations in place that have kept some firms from operating within its borders. This includes the New York State Department of Financial Service’s BitLicense framework.

Yang previously ran for president before dropping out of the Democratic primary in February of 2020. Yang has long been a supporter of crypto, and owns bitcoin himself. His presidential platform included a plan to regulate digital assets at the national level during his presidential campaign. He also advocated for blockchain voting. Yang was the only candidate to put forward a crypto-specific policy during his campaign.

Yang is currently leading the polls for the Democratic primary of the Mayoral race. 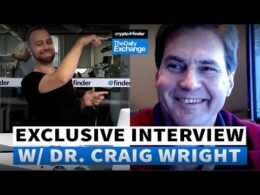 A neutral analysis of the data shows that BSV is winning by the number of daily transactions, block…
przezGavin Lucas 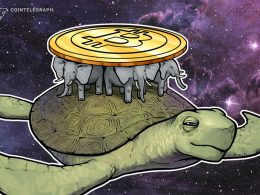 Weekly Bitcoin transactions and velocity hit record lows, leading one analyst to suggest that even with BTC stable…
przezJordan Finneseth