Just in time for Lunar New Year, decentralized exchange aggregator 1inch Exchange is once again distributing free crypto in another seasonal marketing drive. The latest drop will distribute 6 million 1INCH tokens to Uniswap users and $9 million to its community. At today’s prices of about $5.6, the airdrop is worth about $84 million.

The 1inch Foundation, the nonprofit that oversees the project, said it will distribute 6 million 1INCH tokens to people to Uniswap traders—those who have neither used 1inch nor its decentralized exchange, Mooniswap.

There are a couple of caveats: the 1INCH tokens will go to people who’ve traded on Uniswap on at least 20 days, and have placed at least three trades this year. No bots allowed.

It’s a marketing drive, said Sergej Kunz, 1inch co-founder and CEO, in a statement. “We see substantial potential in expanding our community to users who haven’t used the 1inch DEX aggregator so far,” he said.

1inch is connected to lots of different decentralized exchanges and decentralized finance protocols. Each protocol charges different fees and it’s confusing for users to work out how to get the best deal; 1inch reroutes its users’ trades across several protocols to try and get the best price.

1inch will also distribute more tokens to traders who slipped through the cracks in 1inch’s previous airdrop in December: some 9 million 1inch tokens, worth $50.4 million.

The Christmas airdrop larger: 90 million 1inch, currently worth about $504 million. But some wallets and liquidity pools weren’t eligible for the surprise airdrop, and now 1inch wants to put things right.

Conditions for receiving 1INCH tokens remained the same: at least one trade on 1inch before September 15, 2020, at least four trades and a total trade value of $20.

NFTs of NBA Top Shots have taken both the crypto and the real world by storm. And the…
przezShaurya Malwa

XRP was trading within a symmetrical triangle, but the price was projected to oscillate further between its converging…
przezSaif Naqvi 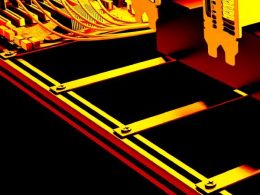 Proposed legislation in Kentucky would, if approved, make crypto mines in the state eligible for incentives awarded to…
przezMichael McSweeney 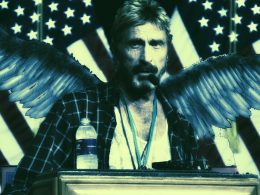 John McAfee Was Broke When He Died: Biographer

Tech entrepreneur John McAfee was broke when he died, mostly because he blew his money on properties he…
przezMathew Di Salvo