Grayscale CEO Michael Sonnenshein gave an interview on CNBC’s Squawk Box about Tesla’s entry into the crypto market and the possible entry of other companies. Sonnenshein stated that he was not surprised by the decision of the company led by Elon Musk. Bitcoin is gaining traction as a reserve asset for many CEOs and corporate treasury directors, Grayscale’s CEO said while adding:

The investment firm’s executive believes that corporate adoption of Bitcoin is part of a long-term investment. Therefore, they are likely to be less inclined to move their Bitcoin funds in reaction to an increase in its volatility. Comparing it to gold, Sonnenshein said BTC still has a lot of room to grow; companies are aware of this and perceive it as an opportunity.

Grayscale’s CEO revealed that they have been approached by major companies to buy BTC. The main concern for institutions is the regulation of the crypto market and the lack of a legal framework. However, the latter has not stopped adoption and, Sonnenshein, believes there is currently a race among big companies to buy the cryptocurrency, adding:

You’re going to see a lot of visionary leaders and disruptive companies realizing that they will move from “Why?”, to “Why not?” and we will see the next company adopt Bitcoin to their balance sheets.

On the same program, the founder of news outlet The Street, Jim Cramer, recommended everyone to own some Bitcoin. He also predicted the inclusion of the cryptocurrency as a means of payment as part of a “good diversification strategy.” Cramer concluded:

(Bitcoin) has to be part of the menu.

“For more companies it is just opening up yet another avenue for additional customers or additional ways for people to pay them,” says @Grayscale CEO @Sonnenshein on $TSLA #bitcoin. “A lot of corporates are going to move into this.” pic.twitter.com/P1WKyqrTjw

In Grayscale’s latest update, the company reported a record $36.5 billion in assets under management (AUM), up $3.1 billion from the previous day alone. Of that figure, the majority continues to be allocated to Grayscale Bitcoin Trust with about $30 billion, followed by Ethereum Trust with $5.34 billion and Litecoin with $226 million.

02/09/21 UPDATE: Net Assets Under Management, Holdings per Share, and Market Price per Share for our Investment Products.

In response to Grayscale’s CEO interview, MicroStrategy’s CEO Michael Saylor responded that companies that choose to buy Bitcoin will be “strengthening their capital structure for the benefit of their shareholders.”

Saylor is considered responsible for convincing Elon Musk to integrate Bitcoin into Tesla’s treasury and his company was the first to start this trend, followed by the Jack Dorsey led Square. In that line, Twitter, also led by Dorsey, could buy Bitcoin soon, as revealed by its CFO, Ned Segal, in an interview for CNBC 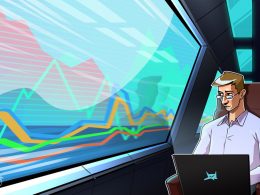 4.5 million adult citizens will receive an airdrop of $30 Bitcoin (BTC) each from the government of El…
przezOluwapelumi Adejumo 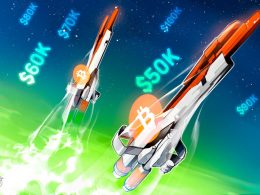 Bitcoin has achieved $50,000 amid bullish news, institutional adoption and major companies like MicroStrategy adding to their BTC…
przezWilliam Suberg