Tesla’s in, but who’s next to buy Bitcoin?

Following Tesla’s $1.5 billion purchase of Bitcoin, the internet is awash with rumors on which high profile corporate entity is next.

However, even at this stage of the game, corporate BTC buys attract controversy from the trad-fi diehards. They voice concerns about lowering dollar liquidity and increasing risk exposure to volatility.

The case against adding Bitcoin as a treasury asset

As much as the “Elon candle” was a massive boost to Bitcoin on Monday, mainstream media convened to dismiss the significance of the news.

The FT dubbed Tesla’s Bitcoin bet as a move few corporates are likely to follow. The article quotes treasury expert Jerry Klein, a Managing Director at investment firm Treasury Partners, who said it makes no sense to swap cash for Bitcoin.

Klein states that security is the number one priority for treasury funds. He says this approach doesn’t fit well with BTC due to its characteristic high volatility.

“Corporations invest their cash in very high quality, short-term fixed income securities, and are willing to accept a relatively low rate of return.

I don’t think there is a case to be made for investing corporate cash in a risky asset like bitcoin, where they could experience significant declines.”

Nonetheless, MicroStrategy CEO Michael Saylor addressed this point during a CNBC interview. He said that given a choice between holding cash and dealing with reduced purchasing power over time or holding the best performing asset of the last decade, he would choose Bitcoin every time.

Some have previously mentioned Apple, which fits the bill of a high profile company in the same league as Tesla.

Bitcoin-bull Max Keiser pitched in by nominating U.S software giant Oracle. Aside from mentioning the name of its CEO Larry Ellison, his tweet didn’t go into much more detail other than that.

@BTC_Archive pointed out Ellison is a Tesla board member. His tweet even gives a ballpark figure of $38bn being considered for investment. If true, this would equate to a whopping 850k BTC buy.

Larry Ellison is a Tesla board member.

However, considering Jack Dorsey’s fondness for Bitcoin, Twitter is also stoking rumors. When asked about his thoughts on Tesla’s play, Twitter CFO Ned Segal said they’ve done “a lot of upfront thinking” on the matter. But closed off by saying the firm hasn’t made any changes yet.

The post Tesla’s in, but who’s next to buy Bitcoin? appeared first on CryptoSlate.

Reef Finance has announced that its Substrate-based mainnet will see the light of day in May 2021. Called…
przezJordan Lyanchev 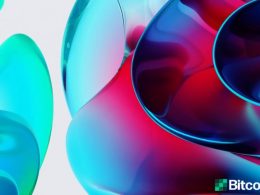 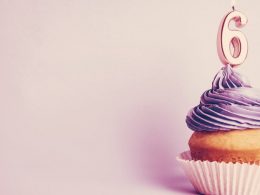 On July 30, 2015, the first iteration of Ethereum, then known by the name “Frontier,” was released. In…
przezJeff Benson 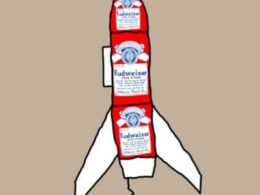 Budweiser, the self-proclaimed “King of Beers,” looks to Ethereum in a bid to go crypto. The firm behind…
przezSamuel Wan