Ever since bitcoin and a number of other digital assets started seeing price gains 11 months ago, a great number of celebrities started jumping on the cryptocurrency bandwagon. More recently famous people like Kiss frontman Gene Simmons, the retired American rapper Logic, hit record producer Murda Beatz, and Game of Thrones actress Maisie Williams have all been talking about digital currencies like bitcoin. On Wednesday, the well known actress Lindsay Lohan tweeted about the leading currency to her 8.4 million followers.

For years now, famous people have joined the crypto economy in some way or another. Whether they talk about crypto assets, invest in digital currency companies, or invest in bitcoin itself— a great number of celebrities have shown interest in crypto.

Luminaries like Paris Hilton, Floyd Mayweather, DJ Khaled, Mike Tyson, Serena Williams, Manny Pacquiao, Lionel Messi, Ashton Kutcher, and more have been connected to the crypto space in some form. During the last 11 months since the crypto-asset BTC and a slew of alternative cryptos started rising in value celebs have been coming out of the woodwork.

Just recently, news.Bitcoin.com reported on Kanye West when the hip-hop star was running against Joe Biden and Donald Trump for the U.S. Presidential Election. During his candidacy, West told Joe Rogan in an interview that bitcoin supporters “really have a perspective on what the true liberation of America and humanity will be.”

After the election, the Grammy-nominated rapper known as Logic (Robert Bryson Hall II) dropped around $6 million into bitcoin. During the last 30-days, the rapper Soulja Boy has been examining cryptocurrency solutions and pondered creating his own non-fungible token (NFT) assets.

bitcoin to the moon ?

Soulja Boy is a bit late to the NFT party as a number of well known celebrities have been jumping into the NFT space. For instance, the Rick and Morty cartoonist, Justin Roiland, sold an NFT art collection for over $1 million in ether.

Just recently, Linkin Park’s Mike Shinoda auctioned some NFT creations. Additionally, companies have been using popular celebrities to do cameo endorsements for the leading cryptocurrency. On the 12th anniversary of the Bitcoin white paper, the cybersecurity company Halborn and its cofounder Rob Behnke got a number of big-name stars to plug bitcoin.

“Bitcoin was not invented by Satoshi Nakamoto,” David Hasselhoff said in his guest appearance video. “Bitcoin started with the Hoff.”

In mid-November 2020, The New Mutants and Game of Thrones actress Maisie Williams created a poll on Twitter asking her followers if she should invest in bitcoin. A number of well known people replied including Tesla’s Elon Musk and Microstrategy CEO Michael Saylor.

Hit record producer “Murda Beatz” told his fans that he purchased bitcoin in October 2020. Today, on February 10, 2021, the American actress, singer, songwriter, and entrepreneur Lindsay Lohan tweeted about bitcoin. “Bitcoin to the moon,” Lohan tweeted with a rocket ship emoji.

Recently, news.Bitcoin.com has been reporting on the Kiss bassist and rockstar Gene Simmons and his opinions about the cryptocurrency phenomenon. “I don’t believe for a second that most people understand what cryptocurrency is, what it is designed to do, but it is immediate and you don’t have to deal with banks— I like that,” Simmons told Bitcoin.com’s podcast host Dustin Plantholt.

Simmons has been tweeting away with Elon Musk and the hip-hop star Snoop Dogg in regard to the meme-based crypto-asset dogecoin (DOGE). Snoop has been into cryptocurrencies for quite some time, alongside rappers such as Gramatik, 50 Cent, TI, Akon, Nas, and Talib Kweli.

More recently hip hop moguls like Jermane Prime, Young Thug, and Swae Lee have shown interest in cryptocurrencies as well. Popular Youtube stars have also been into cryptocurrencies these days including Ali Spagnola, Logan Paul, Andrei Jikh, and even Pewdiepie.

At the end of November, John Lennon’s Son explained that bitcoin empowers people and it was one thing that made him optimistic toward the future. It’s likely that as cryptocurrencies like bitcoin grow more popular, celebrities and luminaries will jump on the bandwagon because they like to please the masses.

However, some people think that celebrities like Lindsay Lohan tweeting about bitcoin may be a sign that the leading crypto asset is closing in at the top. The popular actress tweeted on Wednesday that she created a new non-fungible token asset using the Rarible.com app.

“I believe in a world which is financially decentralized and the power of dreams to be the core lightning network of humans,” Lohan’s Rarible.com NFT description notes.

What do you think about all the famous people and celebrities in recent days endorsing bitcoin and the cryptocurrency economy? Let us know what you think about this subject in the comments section below.

GameStop caught the stock-buying public’s imagination. That excitement has spilled over to crypto.
przezMuyao Shen

According to the SEC, Ripple executives Garlinghouse and Larsen “avoided knowing that XRP could be found to be…
przezJake Simmons 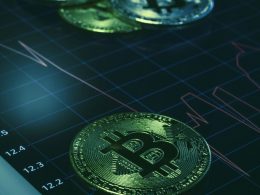 Despite Historic Crash, Most Bitcoin Investors Still in Profit: Report

The Bitcoin market just suffered one of the worst crashes in its 12-year history. And yet, despite the…
przezMathew Di Salvo 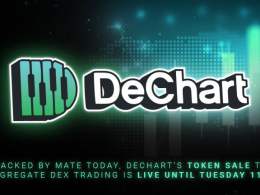