Bitcoin’s current bull run isn’t going to slow down any time soon, popular analyst and podcaster Preston Pysh believes. In a recent podcast, he delved into why he believes Tesla’s Bitcoin purchase was a game-changer for the cryptocurrency, how institutional demand is slashing down the available BTC in the market and pushing prices and his prediction for the price of Bitcoin in the next two months.

Preston joined Peter McCormack, the host of the popular “What Bitcoin Did” podcast and American HODL, an analyst and cryptocurrency trader. Tesla’s recent BTC purchase was the big topic of discussion, with the three terming it as the biggest news in the market for the past few years.

“It’s pretty exciting when you have the world’s richest person who runs a monster tech firm that’s known for breaking all precedents in technology stack $1.5 billion [in BTC]on his balance sheet. I think from a narrative standpoint, it changes everything. If it wasn’t a talking point in the boardrooms before, it’s definitely a talking point in boardrooms right now,” Preston stated.

With the purchase, Tesla has introduced Bitcoin to the S&P 500 Index. The company joined the prestigious index in December.

Once you add Bitcoin into the S&P 500, suddenly there’s a tremendous amount of the world that now indirectly owns Bitcoin. That’s why it’s so bullish.

Aside from legitimizing Bitcoin on Wall Street, Tesla’s purchase also shone a spotlight on the industry for regulators. With Elon Musk being one of the most influential people in corporate America, regulators are now unlikely to introduce Draconian laws to restrict the industry.

American HODL likened the current events to a global game of musical chairs when it comes to acquiring Bitcoin. Companies will now rush to buy Bitcoin in fear of missing out or buying it at a very high price.

There is this global game of musical chairs going on and the music is slowing and the chairs are getting fewer and fewer, and at some point, the music stops, and what happens when the music stops?

The three analysts aren’t as enthusiastic about other altcoins, especially those without wide use cases. They singled out Dogecoin as one that has trapped many investors who believe it will be the next big thing. After Musk pumped the cryptocurrency through Twitter, its price skyrocketed to record highs. However, they believe this is a passing wave.

On Musk, they believe he deserves a bit of criticism for pumping Dogecoin. However, as an investor, you must conduct your own research on any cryptocurrency before investing.

If you did [invest in Dogecoin]you didn’t pass the intelligence test. If you make your investment decision because one person says Dogecoin, and it turns not to be a great choice, that’s your own stupid mistake. Do the hard work, take personal responsibility for your mistake and move on.

Preston further criticized investors who focus on justifying and defending their decisions instead of seeking to learn. Cryptocurrencies are complex and investors must conduct research before putting in their money.

With the increasing institutional interest, Bitcoin is set to double its price in two months, Preston believes. He referred to a chart update for August, an analysis and price prediction for Bitcoin which he regularly updates.

The redraw that I just recently posted last week has the price at $95,000 in mid-April. It’s not like I’m doing anything that’s like a crystal ball here, all I’m doing is looking at the previous cycle, and how many days from the previous halving the price shot up, and the volatility that we’ve seen in the previous four-year cycle and plotting it out.

“If what we saw in the previous cycle happens, we should be looking at $95,000 in mid-April, which is absolutely nuts,” he concluded.

The recent consolidation appears to be subsiding – it was similar to consolidations we have seen historically during bull runs. The light blue lines remain from August. The purple is my updated expectations thru Q2 2021. https://t.co/HG3VHKTAkn 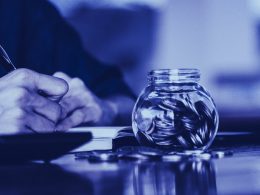 Nexus Mutual, an alternative risk sharing platform, has raised $2.7 million in a strategic contribution to its Foundation…
przezAndrew Asmakov 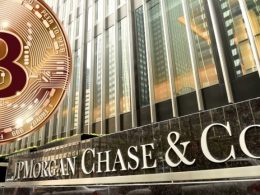 JPMorgan has offered its view on the bitcoinization of El Salvador, the country which recently made bitcoin legal…
przezKevin Helms 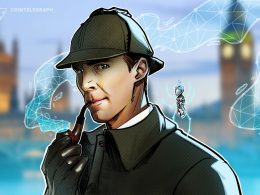 Opportunities for blockchain in police investigations

How distributed ledger technologies can help law enforcement agencies to fight crime and money laundering. The problem of…
przezMaxim Rukinov 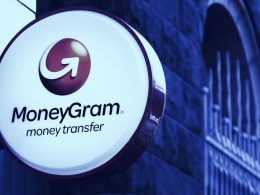