The app works as a basic Bitcoin wallet, letting you store Bitcoin both on-chain and on the Lightning Network. You can also trade between GBP and Bitcoin in the app. But the app’s focus is on making it frictionless to send Bitcoin to other people via social media.

CNBC journalist Joumanna Bercetche experienced this yesterday when she was unexpectedly gifted some Bitcoin via either her mobile number or her Twitter account, tweeting, “Which Chris just sent me a fraction of a Bitcoin?!! Who are you! Why are you sending me £1.62?”

Which Chris just sent me a fraction of a Bitcoin?!! Who are you! Why are you sending me £1.62? pic.twitter.com/w5DrQ3D0Yd

For those who don’t have the app installed, when you send Bitcoin to someone’s phone number or social media handle, it texts them a link to download the app where they will be able to receive the funds. If they already have the app, then the money will get sent to them as fast as the money can move—and if it’s using Lightning, then it’s basically instantaneous.

What is the Lightning Network?

The Bitcoin Lightning Network is a second layer solution built on top of the main Bitcoin Network. It allows anyone to send fractions of a Bitcoin within a few seconds using QR codes. The cost of sending a transaction is miniscule, particularly compared to mainnet Bitcoin fees.

The app is currently available on both iOS and Android in the UK, and will be expanding to Europe shortly. 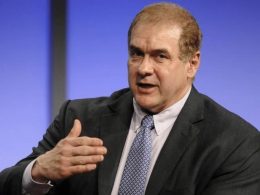 Bitcoin has, so far, been the most accepted cryptocurrency. While cryptocurrencies are entering the mainstream in financial portfolios…
przezShubham Pandey

Grayscale, one of the world’s largest digital asset managers, has reopened its Ethereum trust to investors. At 4…
przezSamyuktha Sriram 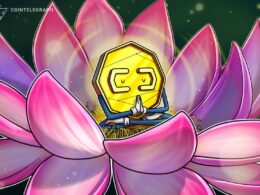 The Indian Institute of Technology Madras will test use cases around the Hedera Token Service, a public blockchain…
przezArijit Sarkar