A South Korean cryptocurrency exchange announced it established its first legally recognized branch in China. Although the nation banned all local crypto trading services, DBX said the firm already obtained a license to go ahead with the operations.

According to Money Today, DBX received the operating license to establish the subsidiary in China as part of its overseas expansion plans. The crypto exchange is affiliated with the Korea Blockchain Coordination Association.

Per the details given by the exchange, the Chinese government first green-lighted the opening of the branch on December 28, 2020, by issuing a temporary permission. However, the officials granted the final incorporation’s certification on February 5, 2021.

A DBX official commented on the matter:

The license to establish a corporation this time received from the Chinese government is a license that was obtained from the opposition to the establishment of foreign (crypto) exchanges in China so that it can give even greater meaning.

The branch, named Tabi, will open its doors “no later than” March, said crypto exchange officials. DBX plans to extend its operations across the United States, Singapore, Indonesia, and Cambodia.

The relationship cryptocurrencies-China has been quite turbulent. Since 2017, Chinese regulators have been placing bans on crypto-related activities by first issuing a ban on local crypto exchanges. However, the government later went beyond and cracked down on domestic trading and mining operations as well.

However, the nation’s authorities have been making some clarifications over the past of years regarding their stance towards bitcoin (BTC). The Beijing Arbitration Commission published an article on the legal nature of bitcoin in China in August 2020.

They stated that bitcoin’s use as a commodity has never been banned in the Asian giant.

Moreover, China is paving the road to adopting its upcoming central bank digital currency (CBDC), the digital yuan. Recently, news.Bitcoin.com reported that the country has been giving away 10 million yuan ($1.55 million) in its CBDC in Beijing. Recipients can spend the digital yuan during the Chinese New Year festival.

What do you think about this opening of a crypto exchange’s overseas branch in China? Let us know in the comments section below. 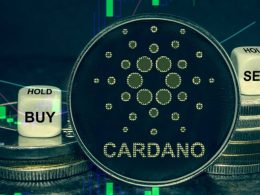 ShuaCoin is the very first token that has been created on Bitcoin via Fabriik’s SFP, Joshua Henslee is…
przezPatrick Thompson 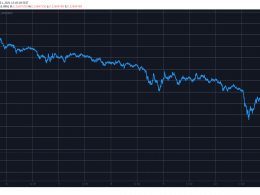 The American racer Stefan Parsons crashed with his Dogecoin-sponsored car at NASCAR. Interestingly, the accident of the Chevrolet…
przezDimitar Dzhondzhorov