The longest-running class action lawsuit against Ripple Labs for selling XRP as an unregistered security has seen renewed momentum yesterday. The case, heard in the US state of California, is led by lead plaintiff Bradley Sostack and has been pending since November 2018. The plaintiffs – three lawsuits (Zakinov, Oconer and Greenwald) have been consolidated – are seeking classification of XRP as a security and damages.

In an effort to prove that XRP is a security, lead plaintiff Sostack has now filed a request for the release of all documents from January 2015 onward in which Ripple communicated with the U.S. Securities and Exchange Commission (SEC). The request includes communications from past settlements, as well as all documents in the form of emails, text messages, Slack or other instant messenger messages.

Documents sufficient to show your document destruction or retention policy during the relevant period, including with respect to e-mail, text messages, Slack and other instant messengers, and other electronic media storage or devices.

While Ripple claims the communications with the SEC are irrelevant, Sostack is asking the court to compel the company to produce the documents. The motion states that the emails between the SEC and Ripple are crucial because they deal with the same issue as Sostack’s class action lawsuit.

In addition, Plaintiff requests that Ripple remove all redactions from all documents already provided, except for those redacted for privacy and confidentiality reasons. In this regard, Sostack invokes existing law, which requires that all other redactions be justified and explained in detail. The “claims of privilege” must be “explicit and specific.”

Ripple’s refusal to provide a log of the justifications for its privileged redactions is dubbed “pure gamesmanship” in the document published on CourtListener.

A court hearing on the motion has been scheduled for March 25, 2021.

The publication of the documents could be explosive in that Ripple had already unsuccessfully attempted to reach an agreement with the regulator shortly before the SEC complaint became public just before Christmas, as CEO Brad Garlinghouse made public. Details of this have not yet been made public. 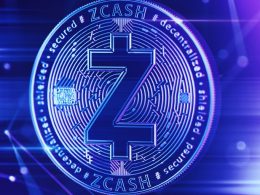 Proof of stake (PoS), a consensus protocol that uses deposited crypto to secure a blockchain, is becoming more…
przezJeff Benson 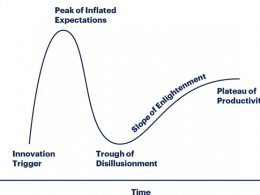 Why crypto might grow like the early 2000s tech stocks: An introduction to the Gartner Hype Cycle

Developed by research company Gartner to represent the adoption of new media, hype cycles have been used since…
przezPriyeshu Garg

Stellar Lumens broke out past the range it was trading in since early December and eyed a $0.42…
przezAkashnath Sumukar 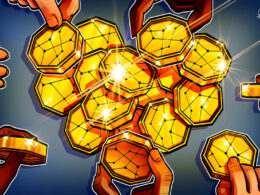 The Ethereum Foundation will pass the donations on to open-source developer teams including Besu, Erigon, Geth, Nimbus and…
przezBrian Quarmby