MetaMask Is Earning $200,000 a Day in Ethereum Token Swap Fees

Since mid-January, the Ethereum token swap service within MetaMask wallet has been bringing its developers between $170,000-$440,000 per day in fees, according to crypto metrics platform Dune Analytics.

MetaMask wallet was launched by Ethereum-focused development studio ConsenSys (which also funds an editorially independent Decrypt) in 2016. It lets people interact with decentralized applications via their Internet browser or smartphone. Last October, a coin swap service was added to the wallet.

While no one was looking, Metamask just started fucking printing. Making ~$170K / day in fees at $20MM / day in volume. pic.twitter.com/hoFhSS84Pk

The service allows users to swap their Ethereum-based tokens at current exchange rates directly in their wallets. Basically, MetaMask acts as an “invisible” decentralized exchange platform. To support these swaps, MetaMask has integrated the largest liquidity pools, such as Uniswap, AirSwap, 0x API, 1inch.exchange, Paraswap, Totle, and dex.ag. For each swap made this way, MetaMask takes 0.875% in fees.

According to the chart, on January 24 alone, MetaMask earned around $440,000 in fees as the total daily swap volume amounted to roughly $50 million.

Since then, users have been swapping between $22 million and $30 million worth of Ethereum-based tokens on a daily basis, which has resulted in MetaMask earning $192,000-$262,000 in fees each day.

Notably, MetaMask’s revenue from swap fees has been growing constantly since mid-January. In part, this is due to the ongoing price rally in the crypto market, since, as the tokens grow in price, so does the dollar value of the swap fees—unless MetaMask has already cashed them out.

The institutional bitcoin frenzy continues to spread like an epidemic. After several United States mega corporations added the…
przezDaniel Okorafor

A Hong Kong-based cryptocurrency exchange could be Futbol Club Barcelona’s next shirt sponsor. According to a report by…
przezSamyuktha Sriram 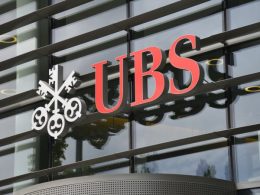