On Tuesday, February 9, Bitcoin (BTC) price surged all the way to $48,000 hitting its new all-time high. The BTC price surged more than 20% in a single day after Tesla announced a $1.5 billion investment in the world’s largest cryptocurrency.

After Tuesday’s highs, Bitcoin (BTC) price has retraced partially and is currently trading at $46,314 with a market cap of $859 billion. The recent price pullback for BTC comes as long term Bitcoin holders have resolved to partial profit-booking.

As per the data provided by on-chain data provider Santiment, soon after the Tesla news, the Bitcoin exchange inflows surged to a 3-week high resulting in a surging sell-side pressure. Santiment noted that speculators rushed to ‘sell the news’.

Also, as per the SOAB (Spent Output Age Bands) from Glassnode, the long-term Bitcoin holders have resolved to profit-booking. This indicates that the top has been already formed and we might see some correction in the short-term.

In a bull, always keep an eye on SOAB!
Hot flames (dark color) represent long term #Bitcoin holders taking profits, and usually indicate that the top is in (i.e. early 2018).

At this stage, no reason to worry whatsoever

The MVRV Ratio Shows Bitcoin Is In The ‘Overvalued’ Territory

The Bitcoin MVRV ratio is another powerful on-chain indicator that tracks the average profit of a group of holders. As per Santiment, Bitcoin’s 30-day MVRV ratio stands at +27.3%. This is the highest since January 14.

The higher the MVRV ratio, the higher is the average profit margin. Thus, there’s a higher chance that big players will resolve to profit-booking thereby exerting downward pressure on the BTC price. As per its current MVRV ratio, Bitcoin is currently in the ‘overvalued’ territory.

On a yearly basis, the 365-day MVRV ratio for Bitcoin is at +106%. This is pretty much close to its previous ATH of 118%. Well, on-chain indicators clearly hint at a short-term correction. Even if one is not willing to book profits at this stage, one must reconsider investing any fresh capital at this point.

We need another Tesla-like big investor to keep the BTC momentum going. The recent news in the town is that Oracle boss Larry Ellison could be the next one to invest in Bitcoin. 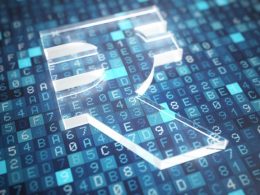 Litecoin seemed positioned for additional losses after the long-term moving average closed in on the short-term line. EOS…
przezSaif Naqvi

AMBCryptoBitcoin to $100K still very likely, but here’s the catch

Bitcoin’s price rallied this month from a daily low of $40k to a high of above $47k. In…
przezVaruni Trivedi 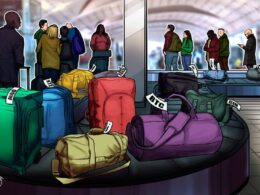 While Bitcoin price is fighting to hold above the 200-day SMA, ALGO, ATOM, XTZ, and EGLD continue to…
przezRakesh Upadhyay