The regulated stablecoin fully backed by the US dollar, Stably USD (USDS), will launch on the popular public blockchain – Tezos as a part of an ongoing collaboration between the two parties. The stablecoin issuer aims to target lower fees with the Tezos network, which recently went through an upgrade that decreased the costs by about 75%.

Issued until now on the Ethereum blockchain, Stably USD (formerly known as StableUSD) is a US dollar-pegged stablecoin fully backed 1:1 and redeemable for the greenback in an FDIC-insured trust account managed by Prime Trust.

However, the project announced the transition to the Tezos blockchain in a press release shared with CryptoPotato. It reads that the two parties have entered into a collaboration and the launch of USDS on Tezos is the first initiative.

The stablecoin issuer targets lower fees as the Ethereum network has been congested lately, and the costs skyrocketed to all-time high levels last week.

In contrast, Tezos recently introduced the Delphi network update, which went live in November 2020. Upon its release, Tezos reported that the gas consumption had decreased by about 75%, thus “enabling more complex smart contracts to be used in advanced on-chain applications.”

Additionally, the Tezos integration will allow USDS users to automatically mint and redeem tokens via Stably Prime later in February. As of now, they can request these processes by a manual mechanism after creating a Stably Prime account and contacting the support center.

The project also plans to enable users to acquire and swap USDS on decentralized exchanges (DEX) like Dexter and QuipuSwap in the following weeks.

The CEO and co-founder of Stably, Kory Hoang, confirmed that the project aims to decrease the transaction costs with the Tezos integrations. He also added that the Tezos blockchain provides various qualities needed in the growing cryptocurrency ecosystem.

“Tezos provides a lot of the stability, security, and speed needed for financial use cases, while the singular ability for the Tezos protocol to continually evolve to meet the needs of developers and users without opening itself up to security risks is a major advantage over competing blockchains.” 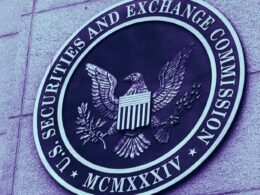 [Featured Content] It has been over 10 years since Bitcoin reached the open world and advanced blockchain further.…
przezBridgit Murphy

The firm has already bought 70,784 bitcoin, an amount now worth around $3.6 billion.
przezDanny Nelson 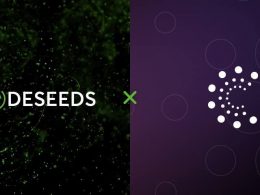